My work for Rolando Gutierrez' computer game is almost over: I built three more puppets and I have some animation left to do. 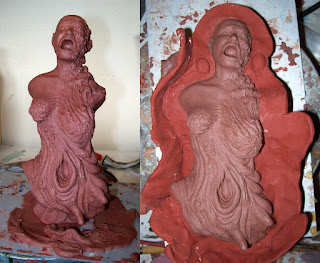 One of the more striking scenes in the game will feature a transforming woman, realized as a stop-motion puppet. I sculpted a twisted torso based on the likeness of an actress from the game's live-action portions. From the shoulders up I made the plaster mould in two parts. 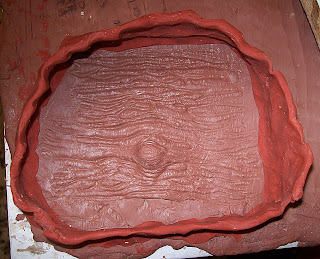 As I usually do I sculpted a flat piece of skin and made a plaster mould over it. I prefer to have a bunch of plaster mould skin textures on hand to cast small and big pieces at my leisure when I build up my puppets. 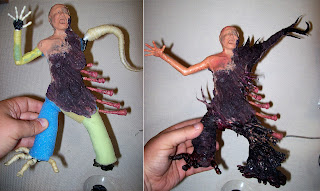 The puppet is a mishmash of cast latex pieces and parts built up with latex and cotton over foam shapes. My idea was that this lady would undergo a transformation inspired by the final revealed appearance of Wilbur Whateley from Lovecraft's "The Dunwhich Horror". I'm sure some of you know what I'm talking about. 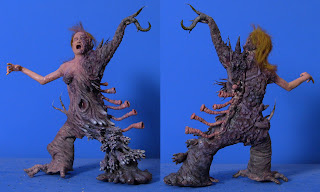 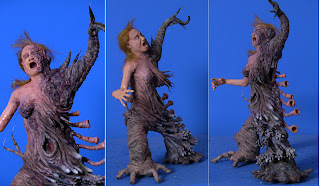 The finished puppet was painted with acrylic airbrush colours and decorated by tufts of crepé hair. 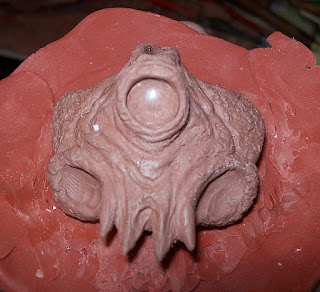 A monstrous worm puppet was also required. I had a design mailed to me, but for some reason I strayed a bit from it. Here's the head sculpture for the cyclopean monster. 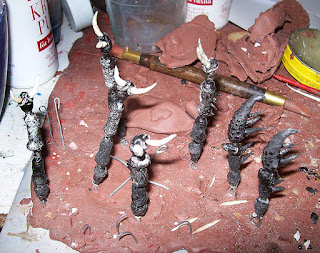 The legs were aluminum wires with a cotton/latex mix applied over them. 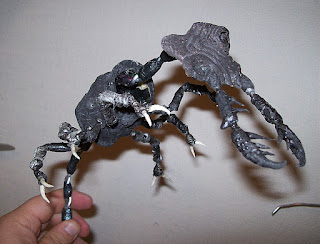 The mid-body section was a cast originally sculpted for another puppet monster; the blunderblat (see my earlier blog posts). The spine of the puppet was braided aluminum wires, with Friendly Plastic thermoplastic added as support. 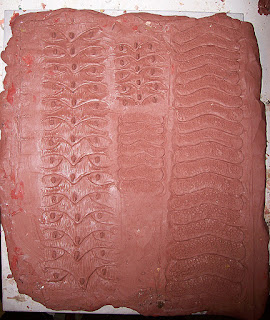 The skin for the rather long body was sculpted flat in clay with various details. 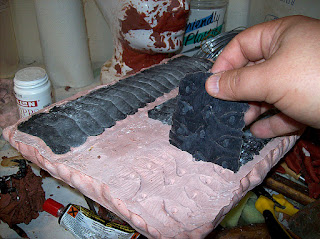 All the latex was tinted black using Kryolan tinting powders before being poured into the plaster moulds. This isn't the final colour, but it's a fairly good base colour, and automatically creates deep shading in hard-to-get-to spots. 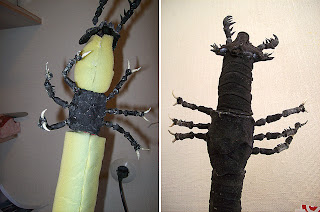 Some simple foam padding was added before covering the puppet's body with the cast latex skin pieces. Liquid latex is the bonding agent. 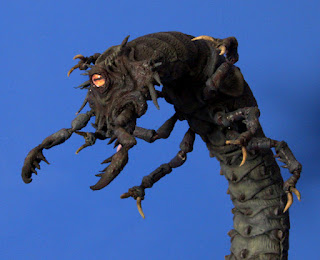 And here's the little bugger with its finished paint job, and a plastic lens eye fitted into its head. 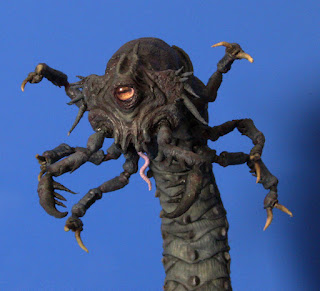 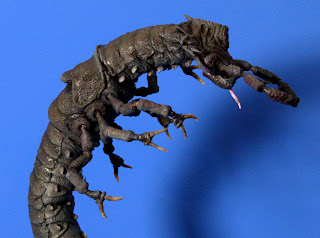 Don't ask me why I can't post this image standing up, ask Blogspot!
It's a pretty nice monster, if I may say so myself. However, this wasn't really what Rolando had intended for his game, so it was back to the workshop. 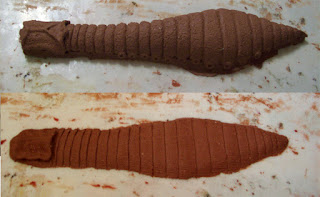 I started building another version, and this time I stuck exactly to the sketch I was given. The belly and back parts of the monster's body was sculpted in clay and cast as two separate latex skins. 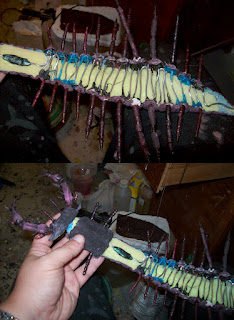 The skins were wrapped around a foam padded aluminum wire armature with lots of legs. 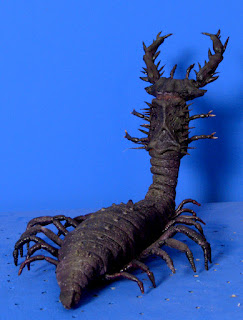 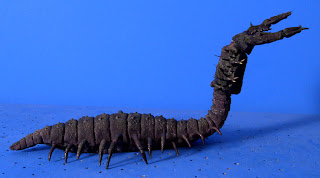 The finished terror attached to my animation stage using a tie-down nut in its belly.
The first version of the bugworm will probably be used in another project.
Posted by Richard Svensson at 12:01 PM 11 comments: