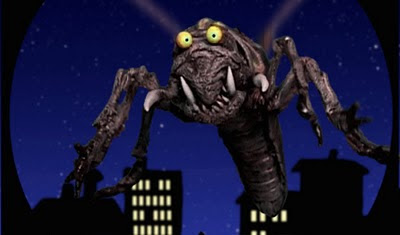 You might remember this project, which I blogged about sometime late in 2009; A short film based on Colin West's nonsense poem "The Blunderblat". I thought it would be an easy one to pull off, and completed quickly. But Amanda, the girl who first agreed to appear in the film, dropped out and then it turned out to be nigh impossible to find a replacement. Amanda was supposed to appear as two characters (shot against a green screen), so I actually needed two replacements. 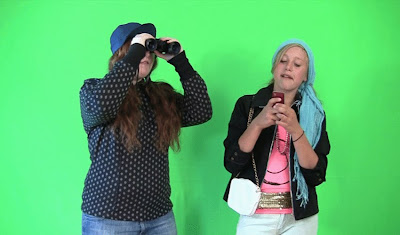 I eventually found them in a local fantasy role-playing club, that I frequently collaborate with. Sarah and Olivia turned out to be just perfect, having no acting training, but going on instict. People like that are invariably the best ones for amateur film productions. We shot the whole thing in a room prepped for chroma key shooting, with the floor and one wall covered by green screen cloth. 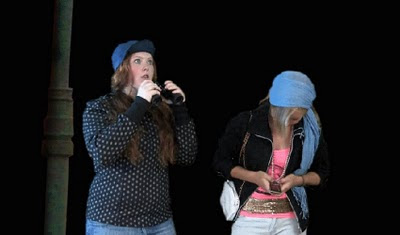 I think the result turned out very well. I recently bought an HDV camera, to improve picture quality, especially when shooting against a green screen. However, I can't edit the footage in HD (yet), so the clips are transferred into standard DV, while retaining HD frame size. This allows me to do a bit more image trickery than I've been able to do before. 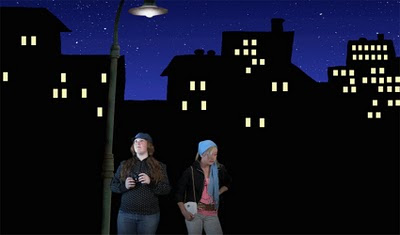 The background was a very simple silhuette of a city skyline at night. My idea was to evoke old children's TV shows in style, and I think I accomplished that. 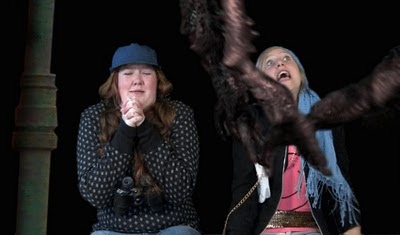 As usual, animation was timed with the live-action, so the puppet and the people could interact. The Blunderblat monster puppet was animated against my small blue screen and then composited into the live action/background footage. 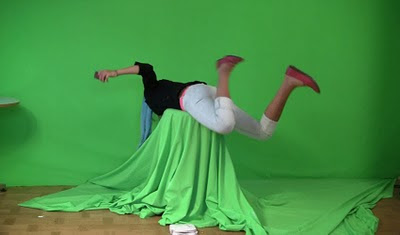 A bit more trickery than usual was sometimes needed. In order for Olivia to be carried off by the Blunderblat, she had to balance on a cloth covered stool with legs kicking. 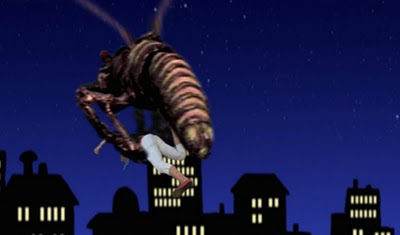 Her footage was then linked to the animated Blunderblat in After Effects. A simple trick really, but it looks pretty good. 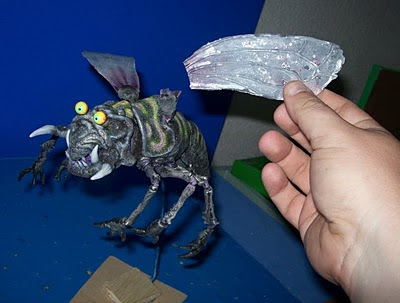 Just as I had finished all of the animation, one of my cats smacked the Blunderblat puppet to the floor, where one of its wings snapped. 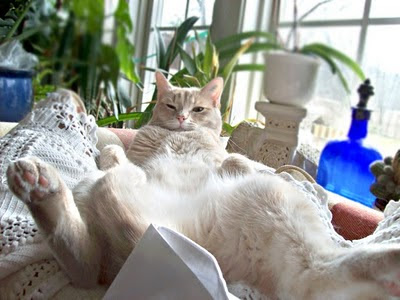 The culprit himself. I think this is the third puppet he's messed up. 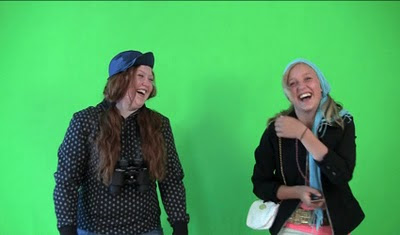 It's a pity this film took so long to finish, simply because I couldn't find any actors. I can't believe how difficult it was to find a pair of girls wanting to appear in this film. At last I met Sarah and Olivia, who are used to dressing up and acting out. They happily agreed to participate, and did a good job of it too. And we had fun doing it. It's likely they'll appear in something else I'll do eventually.

Since this film has a 16:9 format, Blogspot doesn't post it correctly. So I'll have to ask you to go directly to YouTube to watch the finished film: "The Blunderblat".
Posted by Richard Svensson at 12:13 AM 9 comments: