The Howler by H P Lovecraft


I keep returning to H P Lovecraft's sonnet cycle "Fungi From Yuggoth", but I'll probably never adapt all of the pieces. Late in May I adapted "The Howler" from this collection. It's a moody tale about the bitter fruits of traditional witchcraft.

The shooting of the live action was easy enough. I recruited my pal Andreas Nordkvist, now a staple in my video projects, and shot the forest road scenes in an afternoon just up the road from where I live. The witches cottage was another matter, though. I found a good representation of what I kind of wanted over at Depositphotos (where I have a subscription). After some work in Photoshop the house started to look a bit more decrepit, but I had a bigger issue to solve. It was blowing quite hard the day we shot the live-action scenes, so all the ivy I had Photoshopped in over the cottage had to move. Fortunately, just another stone's throw away from my home lies the local church yard, which is infested with ivy. A couple of days after filming the scenes with Andreas there was another windy day, and I simply shot bits of ivy waving around, and used the masking tool in After Effects to cut out pieces of this footage, adding it on top of the cottage image.

Of course, there's also always a monster in my projects. This time around it's "a certain monstrous aftermath", according to Lovecraft. Let's say it's some kind of familiar called up by the witch, or some kind of experiment that went wrong. At any rate, this creature is still living in the abandoned house and is sometimes heard, and even glimpsed through the windows. 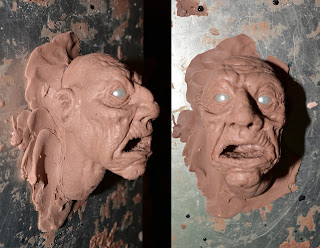 As usual I started with sculpting the head, to get a grip on this character. The creature is basically a four-legged thing with a human head. The clay is my preferred material; medium grade Monster Clay. 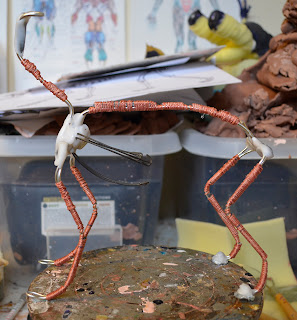 As you can see, the armature was simple, but functional. I added some hard metal wires to create a sort of rib cage to fill out the chest area and make that section sturdy. 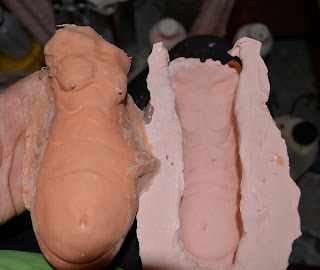 The chest and belly area was sculpted to get exactly the fleshy look I wanted. A latex skin with sections of varying thickness was cast in a dental plaster mold. 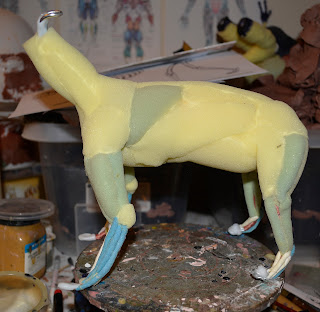 I looked at muscle diagrams from dogs to create the overlapping foam muscles over the armature. 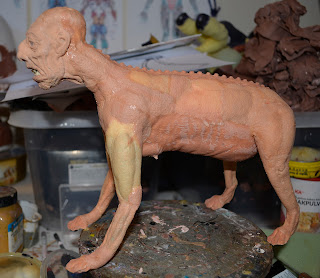 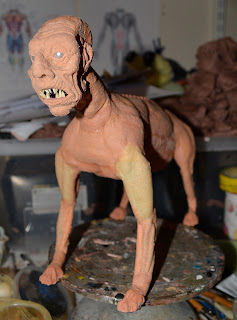 It's not often I make a puppet with a human skin color, but this time I thought it was vital to the character. Patches of tinted latex was cast in rubber texture mold to create a skin that looked porous and pock-marked. 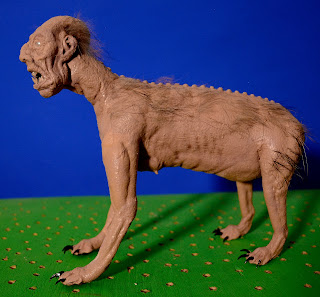 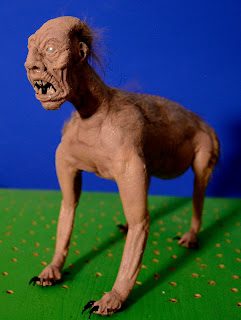 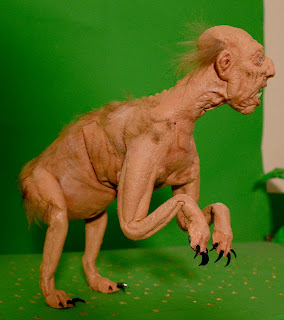 The finished puppet had shiny plastic pearls for eyes, and tufts of hair pulled from an old fur coat. The bear-like claws were cut from cardboard and painted with tinted latex. The teeth were yarn dipped in latex. 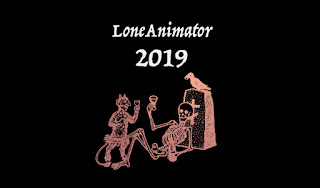 Funnily enough, most reactions for this video is actually about the end credits, which seemed to tickle everybody's fancy!

Posted by Richard Svensson at 12:00 PM No comments: