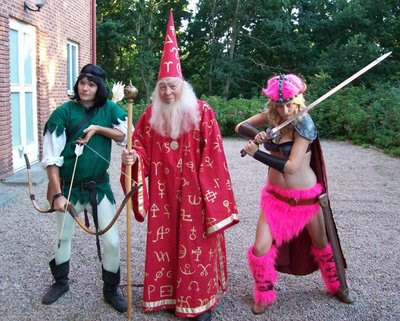 Besides Goblin Wood and The King Who Sought Immortality, which were pretty much unplanned, there was actually a planned film project for the summer of 2008: Slayers of Evil. This film came out of a nostalgic yearning to go back to the roots of fantasy role-playing. I'm old enough to remember when the wizards of Dungeons & Dragons hade pointy hats and the elves looked like Errol Flynn's Robin Hood. I wanted to make a film in celebration of that style, and so wanted my LARP pal Martin Merkel. 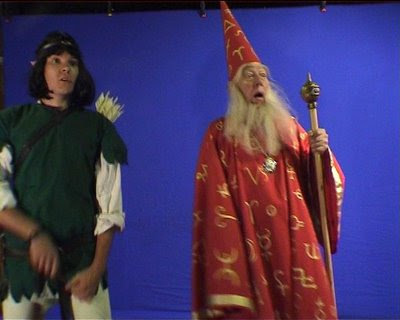 We put our heads together to make a humorous quest fantasy, and quickly decided on a trio of heroes; The wizard, the elf and the barbarian princess. A dwarf was, of course, also obligatory, but we eventually skipped him. My old amateur video buddy Rolf Berg would play the wizard, Martin would dress up in tights as the elf, and acting and dancer friend Malin Hermansson would fill out the scant outfit of the barbarian princess. My workmate Agneta Rapp-Svennson was also added as a pseudo-evil sorceress. 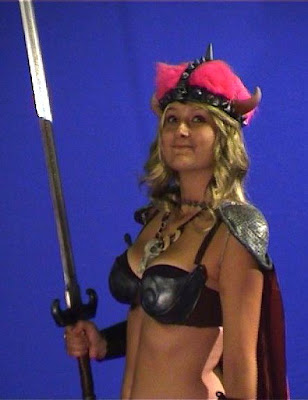 The filming was spread out over a period of three days, and everything went surprisingly well. The entire project was shot against a blue screen, so fanciful landscapes and gloomy dungeons can be added behind the actors. Not to mention enable them to interact easier with hordes of animated monsters. Yes; there will be goblins, sword-wielding skeletons, trolls, things with tentacles and other assorted beings with scales, teeth and claws. Stay tuned, kids, stay tuned!
Posted by Richard Svensson at 4:51 AM 1 comment: 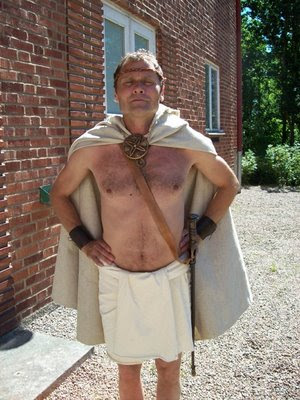 This film I had been wanting to make for some time. I concieved the idea around Christmas last year, as a project with simple props, telling a mythological story with a voice-over, storyteller style. Eventually I decided to use the end of the Gilgamesh epic and compose a tale of my own with some kind of morale at the end of it. The finished script had a nameless king seeking the one man who had achieved immortality in order to find out how to be immortal himself. The story was told by a guy in the desert, claiming he was this king. The tale is full of heroic deeds; The king fights demons, challenges dragons and eventually enters the underworld with the aid of the godess Ishtar. I wanted the look of the film to be quite simple and difficult to place historically. It's a tale set in a world of loincloths, copper swords and sandals. I did sneak in some Sumerian references here and there, such as certain symbols in jewelry, backgrounds and even the monsters, that look like demons and dragons on old Sumerian tablets. 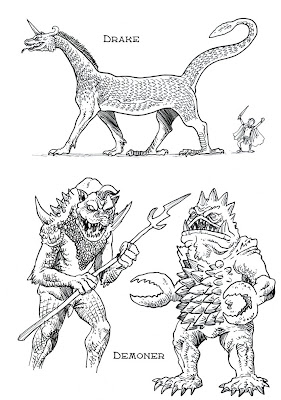 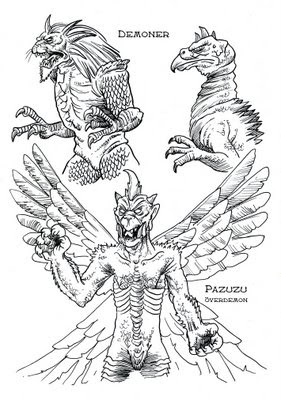 I knew exactly who to ask to play the king -Dag Persson, poet, actor, musician and strong-willed individual. We had collaborated on many projects when we were both members of an art society that went belly-up a few years back (more about that sorry story later). However, Dag is a very busy man, so the date I had planned for shooting, sometime in April, was hastily postponed. I called Dag again in May and we decided to give it a try in July. Problem was I had another film project already booked in July, but as I knew it would be difficult to get Dag's attention again I decided to go, go, go -even if it meant a lot of unplanned, extra work. 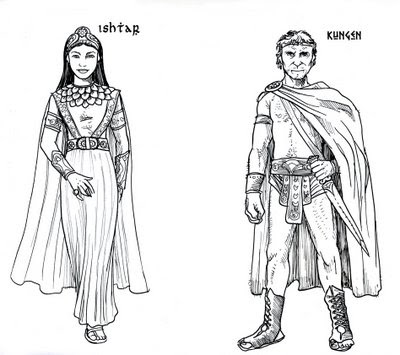 So go, go, go we did and taped the entire live-action part of the film in one exhausting day! I'll get back to that day in a post entirely dedicated to the shooting of the film. Against all odds it all turned out well. The entire film (save a few minutes here and there) were shot against a blue screen, meaning that I can put the actors in any environment I choose. More about the blue screen work too in a while. 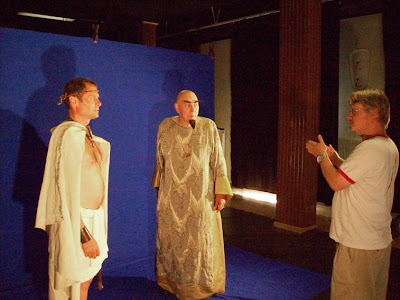 Posted by Richard Svensson at 2:56 AM No comments: 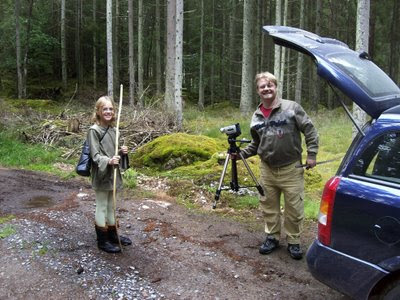 Actually, I've been so busy doing the stuff I'm supposed to blog about, I haven't had any time to blog about them! The past months in short: I made three films this summer, built props for a stage adaptation of Dracula and made illustrations for three books to be published in the US. Not a bad track record, I think! I'm also continually helping Danny Lenneer in his film projects.

BUT starting off with the first little film project, Goblin Wood. My old friend Björn Karlsson lives in Stockholm with girlfriend Lisa and step-daughter Anjelica, but always comes down to the south of Sweden each summer for a visit. We all went to see Prince Caspian and were so inspired that we decided to do a short-short fantasy film with 9-year old Anjelica. 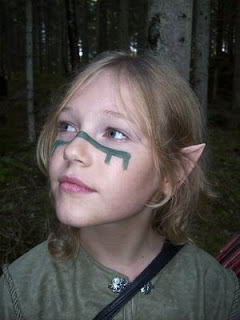 So in record time my costume-making friend Liz put together an elven shirt and I did a couple of pointy ears. I had already bought a pair of green tights for another film project and I borrowed a quiver and some arrows from my LARPing friend Martin. Björn made a simple but effective bow out of a branch from a juniper shrub. We went off into the deep woods and shot the whole thing in one afternoon. It turned out great! Anjelica was very good and the weather was perfect.

I've promised to have the film ready and out on YouTube before Christmas, and I believe I'll make it. There will be animated goblins and some other weird creatures added and I'm still working on those, but I think the schedule will hold. Stay tuned! 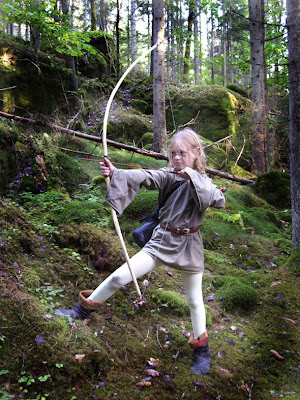 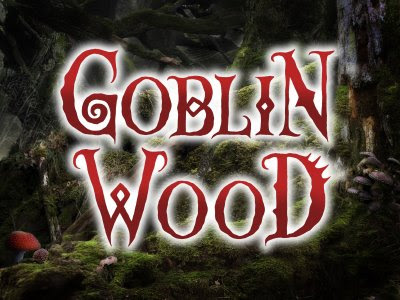