If you want some more info on how I work with clays and sculpting tools when building my puppets, then I hope you'll find some good stuff in this video :)
Posted by Richard Svensson at 12:02 AM 2 comments:

I love classic Doctor Who, and I especially love its monsters. There are many celebrated creatures from the golden age of the TV show, but not all of them are met with love. 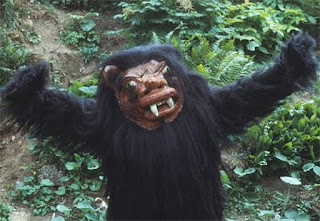 Take this shaggy fellow, for example. This is the dreaded Taran wood beast, encountered by Mary Tamm's time lady Romana on the planet Tara. It rears its ugly head in the very first episode of the serial "The Androids of Tara" (1978), itself a part of the longer story cycle "The Key to Time". 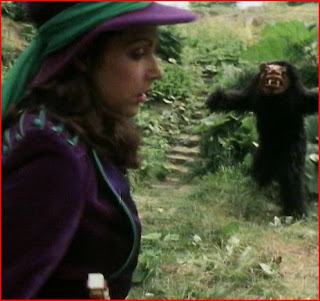 This might be a face only a mother can love, for most Who fans certainly don't. Even the serial's director Michael Hayes hated the damn thing, and cringes audibly when it appears during his DVD commentary to the episode. I, however, love this goofy-looking monster and I think it has been given an unjustifiably large amount of badmouthing.
This opinion has now resulted in me making my own doll of the critter, just for the fun of it. Sometimes when I work on a puppet project that drags on and is in some ways taxing, I take a break and relax by -making another puppet. 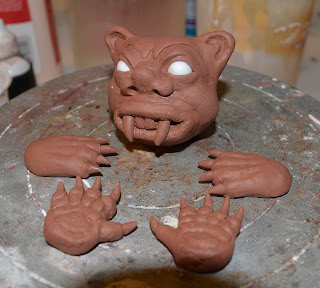 This doll is really no different from my usual stop-motion puppets, except that it isn't built for animation (though it can certainly be used for that). So, there are no tie-down bolts in its feet, and the hands, feet and head are cast in plastic, and therefore completely stiff. I started with making chavant clay sculptures for these parts of the body. 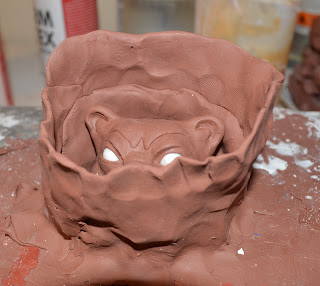 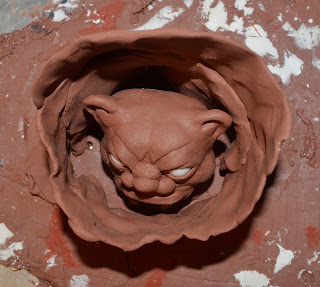 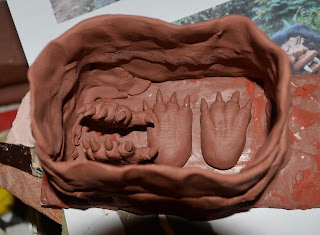 The sculptures were pressed down onto chavant bases, and encircled with clay walls. DragonSkin FX was poured into each confinement, and tinted SmoothCast 325 poured into the finished silicone molds. 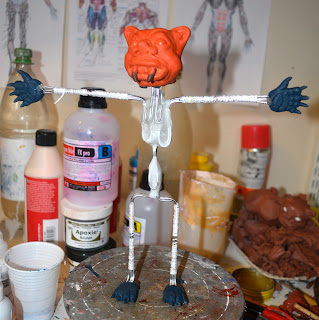 As you can probably see this is my standard aluminum wire armature, held together at the vital sections with Friendly Plastic. The head was cast in a bright orange and the hands and feet in a blue-grey hue. The hands and feet were cast solid, but using a Dremel tool I quickly dug out deep furrows where I could stick the aluminum wires. Quick-setting epoxy holds the wires in place. 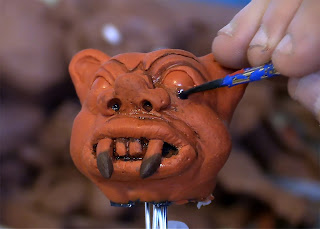 I used an ordinary hobby brush to apply washes of airbrush colors, adding depth and skin patterns onto the plastic cast. As you can see, the bottom part of the teeth are dark brown. This is because air got trapped in the silicone mold during the casting, and the bottom of the fangs were missing from the casting. Heavy duty sculpting epoxy was used to finish the fangs. 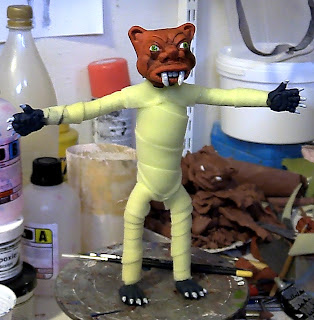 The body of the doll was wrapped in thin polyurethane foam to build up bulk, and yet have it retain great flexibility around the armature. 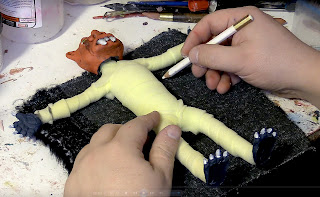 I used a cheap but nice-looking fake fur to cover up the doll's body. A textile pattern pencil is used to draw an outline around the doll. 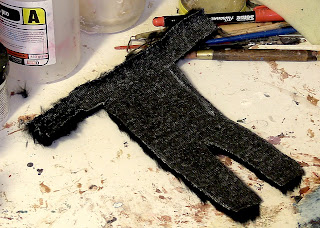 The basic wood beast fur cover pattern -very simple as you see. I made two of these, one for the back, and one for the front. 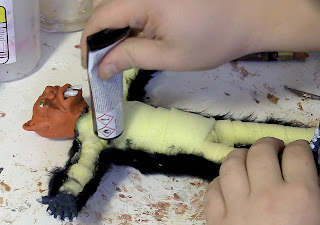 Flexible and durable contact cement joined the body with the fur. Starting with the back, I then added glue to the foam padding of the doll's front side. 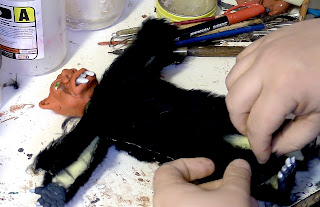 Adding the two halves of the fur covering was really easy. I squeezed out some glue along the joins, and simply pressed the fur tightly around them. 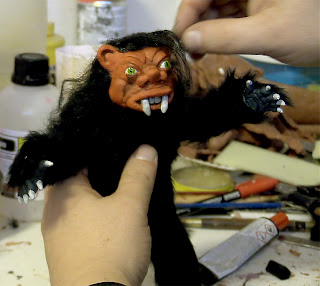 The wood beast has a short mane around its head, and a rather 1980's synthpop-looking fringe hanging over his face. A small piece of longer fake fur was added and "styled." 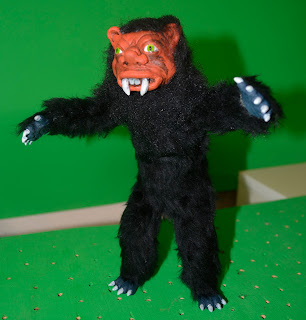 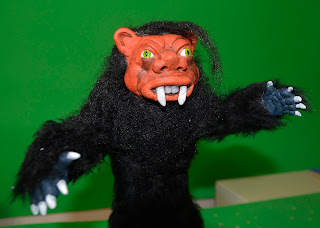 So, here's the finished doll or puppet -I don't really know what the correct term for such a project would be. 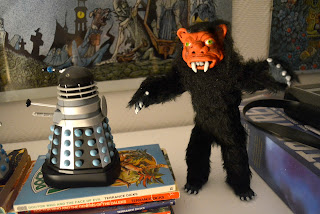 He found his home on one of my book shelves, next to a Who monster colleague, and a stack of Doctor Who Target books. 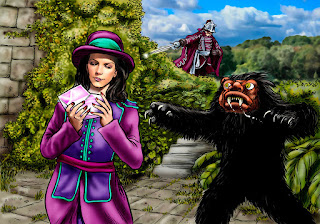 I actually made a DeviantArt fan illustration the other year, showing the moment when Romana is ambushed by the little monster, and shortly before she is rescued by the villainous, but swashbuckling count Grendel. Is there any longer any doubt that I'm a fan of this curious beastie? 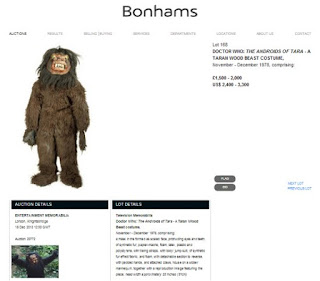 But what was the fate of the actual wood beast? Well, it was almost sold at a Who memorabilia auction a few years ago, but unfortunately nobody wanted the now rather ratty-looking suit, so it went back to its original owners.

Posted by Richard Svensson at 9:27 AM 2 comments:

Nothing Is Forgotten -The Finished Film

In February I posted a little chronicle about the making of a silicone-skinned puppet; the first of its kind that I ever made. It was created for young British YouTubian filmmaker Laurie Cousins, who adapted Ryan Andrew's web comic of that same name. Laurie has now finished his film and published it on YouTube. Enjoy!

Posted by Richard Svensson at 11:17 AM 2 comments: