The Song of the Bats

Robert E Howard is probably most famous for his pulp-era creation Conan the Barbarian, who has outlived his creator in many ways. But Howard also wrote a lot of poetry, most of it destined for Weird Tales and similar magazines. Though many of his most famous works are copyrighted to high heaven, more and more of his literary estate is slipping into the public domain. One such work is the poem "The Song of the Bats". I found it to be a perfect vehicle for experimenting with lip-synched puppets, something I'm planning to do more of. 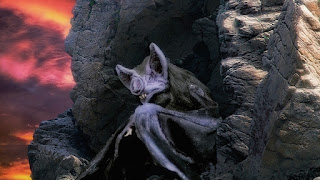 I only built the one bat puppet, which was then animated to represent a whole group of bats, hopefully successfully. 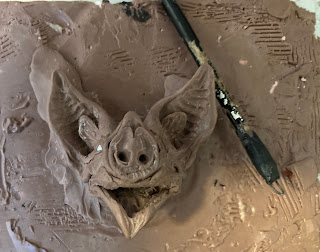 I based my bat on a couple of species and sculpted its face in medium-grade Monster Clay. 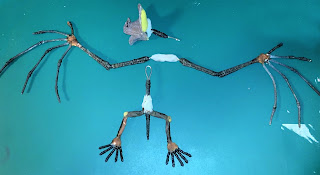 The bat face was cast as a hollow latex skin and an aluminum wire and thermoplastic jaw armature was inserted into it. Aluminum wires also went into the ears.  The armature was based on a real bat skeleton, though I made the legs slightly longer since that bats were going to stand and walk upright. 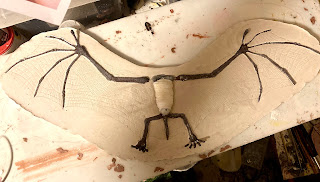 To add skin between the fingers and the body I resorted to my old trick of submerging the puppet halfway down into soft plaster, and added tinted latex over the plaster and the armature. 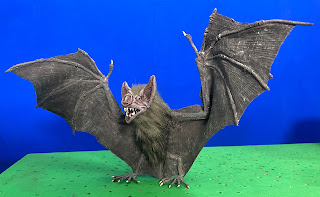 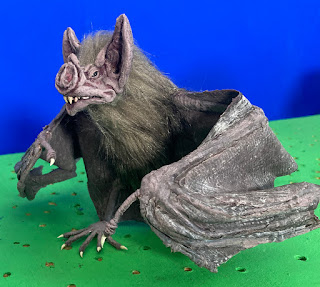 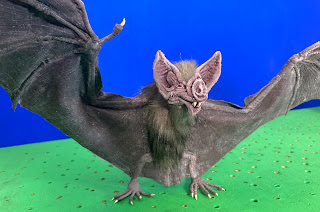 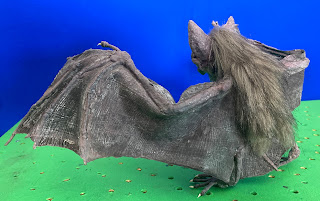 The finished puppet has fake fur on the front and back of its body. The latex skins are painted with tinted latex. The teeth and claws are tissue paper soaked in latex. The black eyes are simply painted on and covered with a glossy medium. 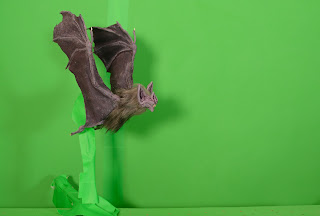 In the bat's back, there is a t-nut, allowing me to attach a ball & socket flying rig. The rig is simply covered up with green screen sticky tape -an an endlessly useful tool.
I did the voices for the bats, as well as the narration. It's a very short and relatively simple little film, but I enjoyed making it. As I've said before, I'll probably lean more and more into all-puppet projects, because the possibilities are endless.
Posted by Richard Svensson at 1:04 PM No comments: