For a while now I've been illustrating the kid-friendly role-playing game "Äventyret" ("Adventure") by my fellow Swede Daniel Lehto, and his daughter Julia. It hasn't been making a huge splash in the Swedish gaming community yet, but since it's the only one of its kind it has been receiving very nice reviews and comments. I was actually nominated for best game artist last year.
I believe Julia is 10 now, and since her own fertile imagination is just as powerful as the influences she's getting from other games, the monsters she comes up with for the world of "Äventyret" are rather eccentric. 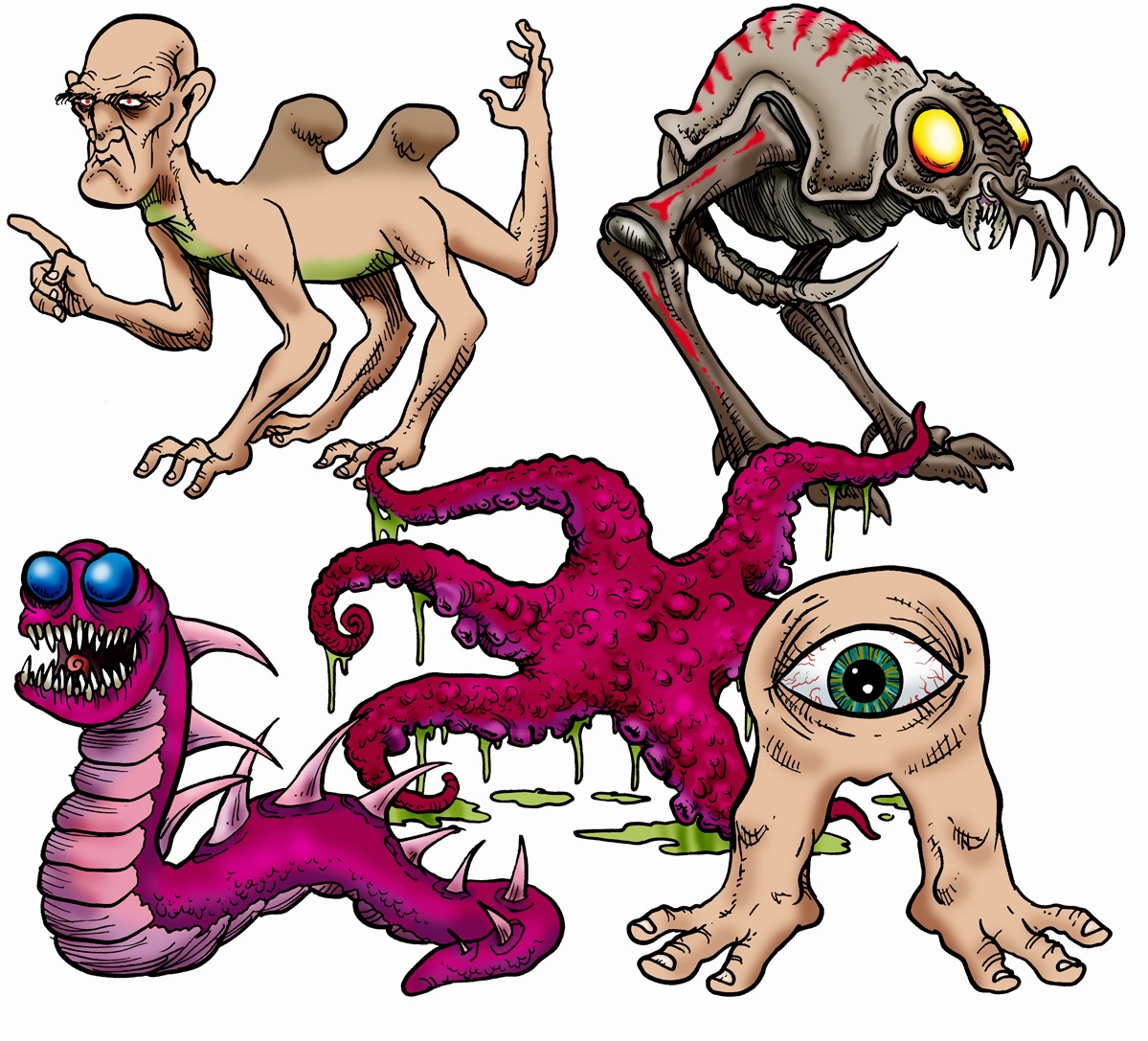 When I was a kid in the late 1970's, you could actually buy primitive-looking but very charming plastic miniatures of the crazy monsters of Gary Gygax and Dave Arneson's ground-breaking "Dungeons & Dragons " game. I have a few of those.

I suggested that we (or rather, I) do a few "Äventyret" monster figurines, and now we're off and running. It's nothing we'll make any money off, but they're probably good for marketing the game. They'll surely be an eye-catcher at conventions and such gatherings.

I started of with the "hopster"; a bipedal monster of a rather innocent and humorous disposition. This is not a stop-mo puppet project, but I thought it could be interesting to share anyways. Who knows, I might eventually do some "Äventyret" stop-mo monsters, as they are (to me at least) screaming out to be animated. 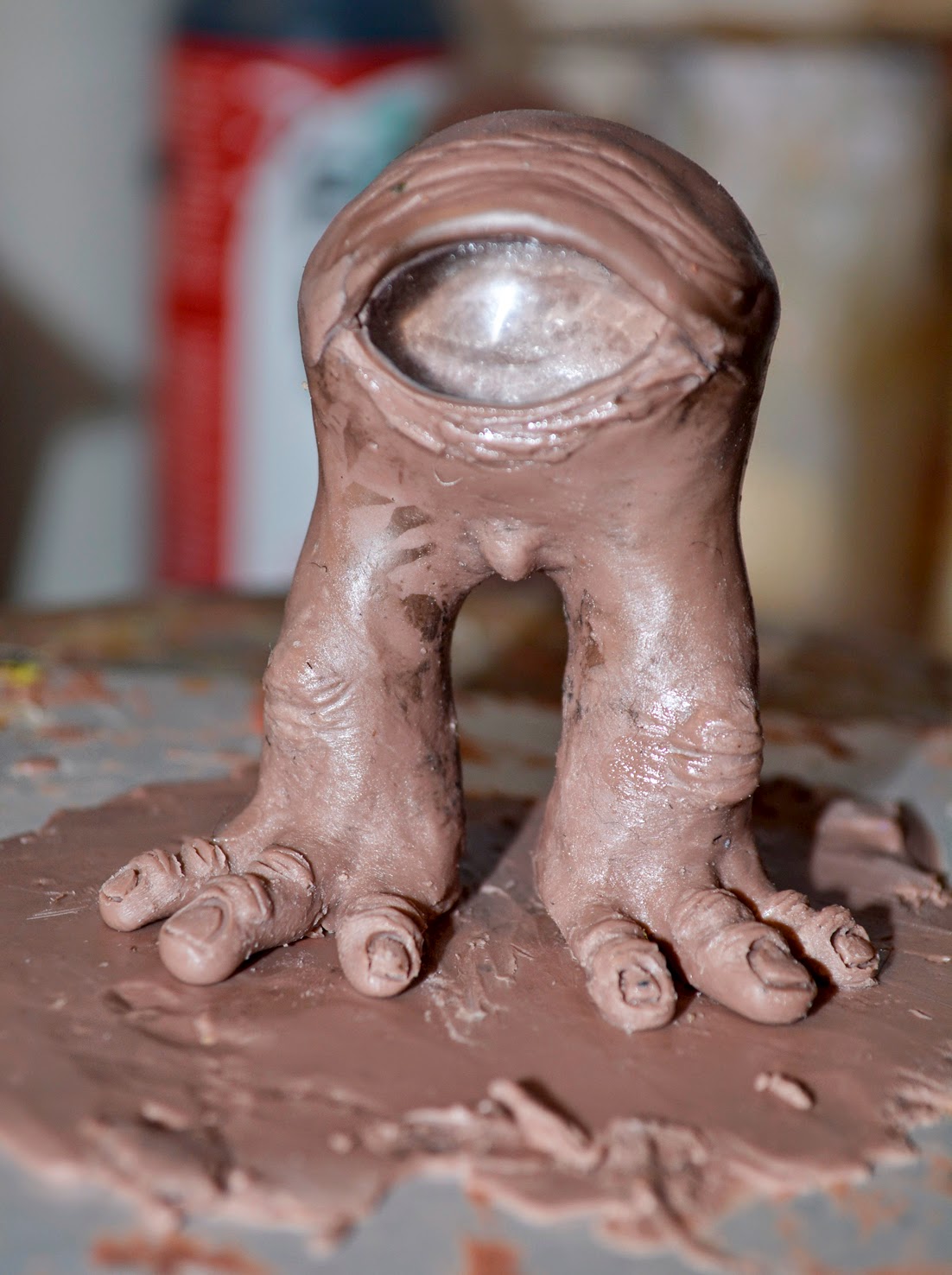 I've started to use the Monster Makers "Monster Clay", which has a more waxy consistency than the Chavant, and I must say I'm in love. I find that I can work in smaller details faster than in the Chavant. As another example, here's a Roman centurion Medusa chest plate I did for a friend. 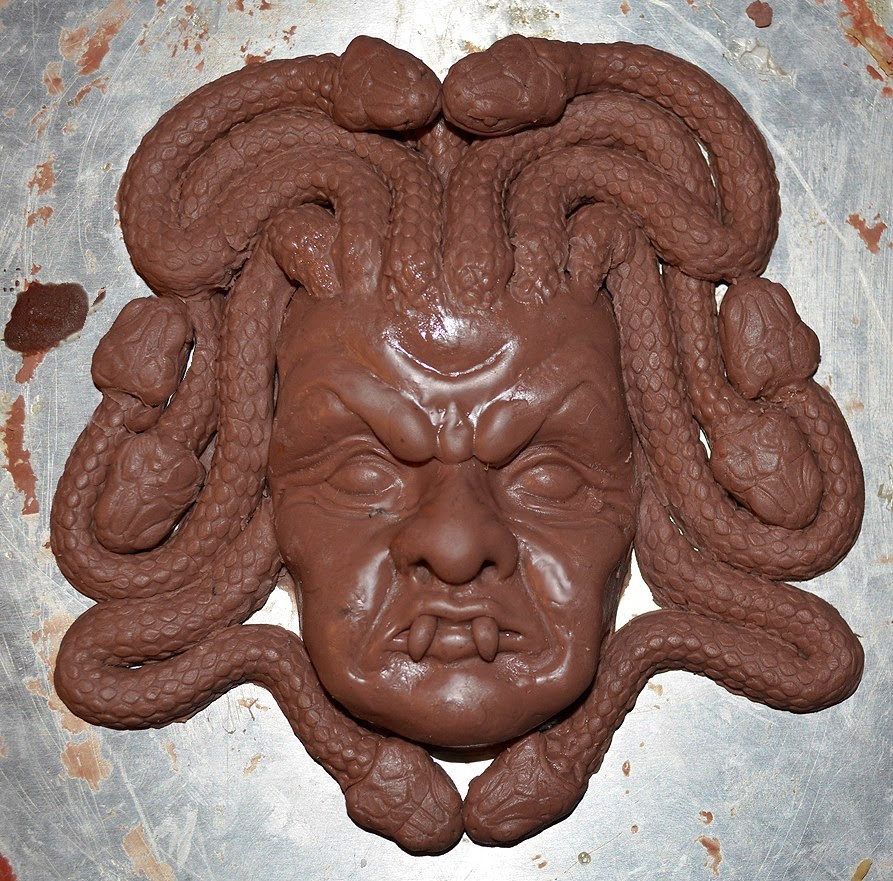 ..And here's a work in progress for a stop-mo puppet. So, as you can see, the details are crisp, and the hard consistency of the Monster Clay will permit pretty rough handling of the sculpture without denting or smudging, which can happen during the moulding process.

Anyways, to continue with the hopster, I used Chavant to create the containment wall around the sculpture. 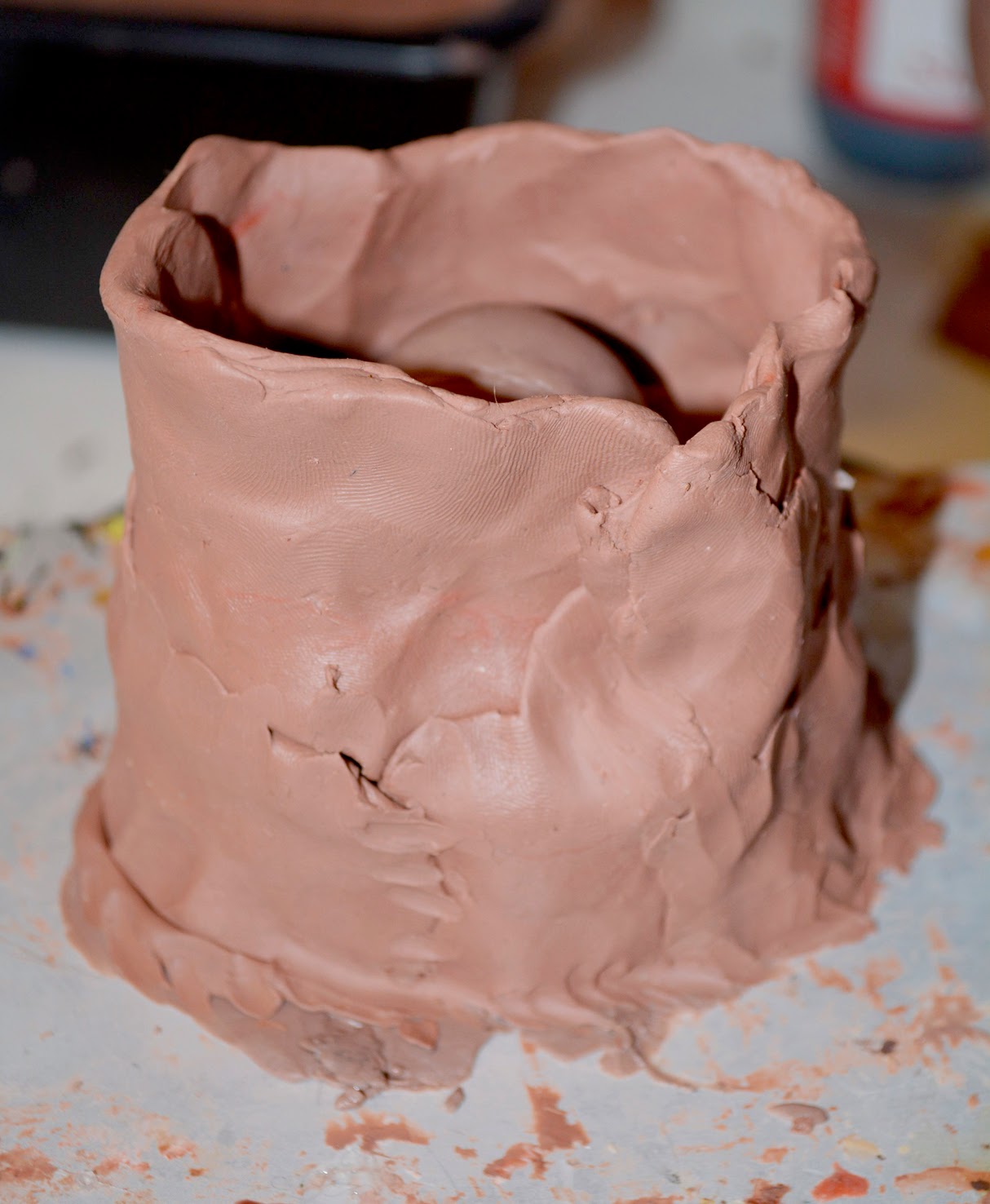 Dragonskin FX silicone was mixed and poured into this and left to set. 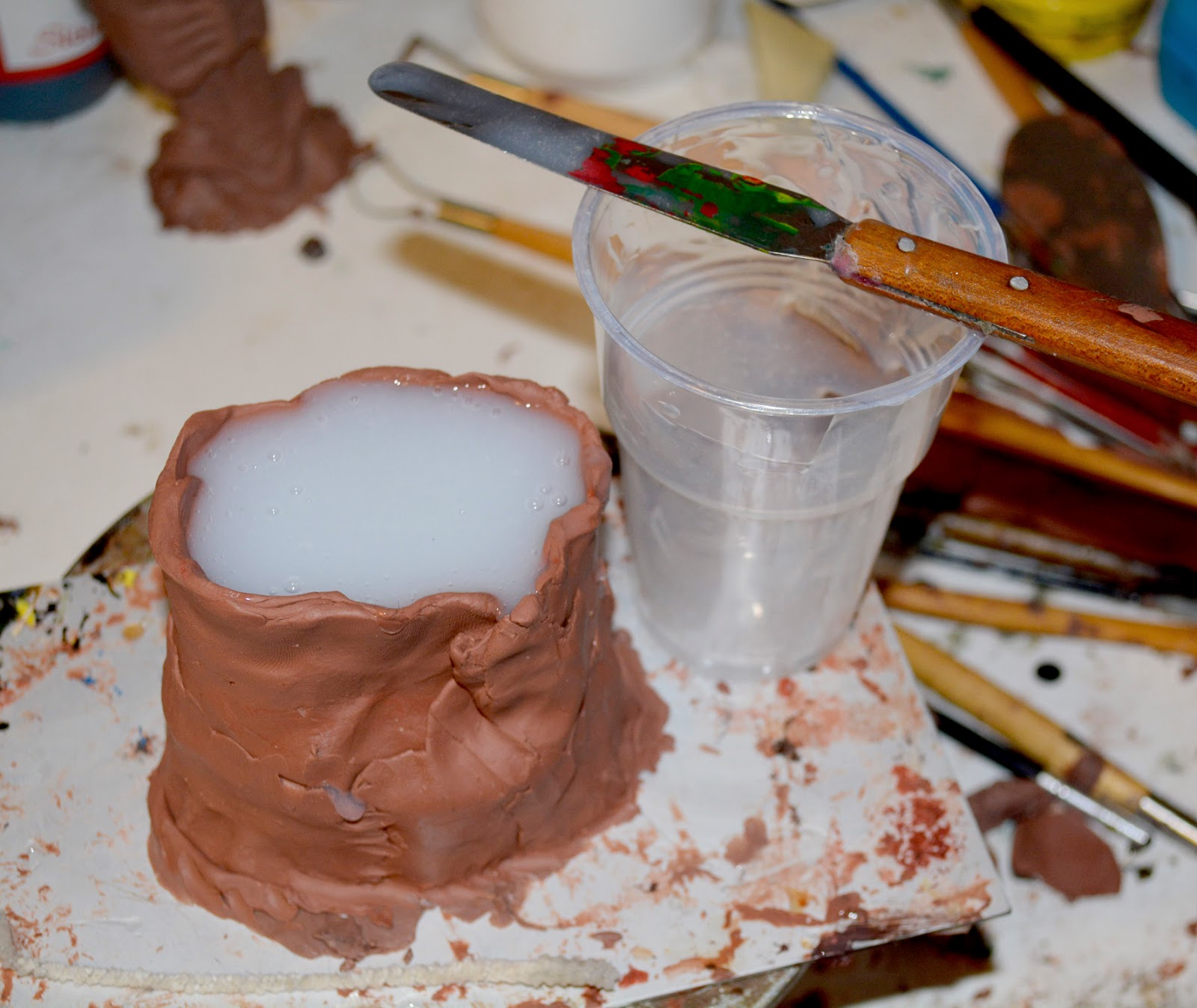 Most of the little sculpture came out intact from the finished silicone mould. This makes no matter for the project itself, but it shows the softness of the silicone. It's good to know if you're making a mould over a fragile object, for example. To get the sculpture out, I had to cut a slit in the space between the monster's legs. Other than that, the mould is a simple one-peice affair. 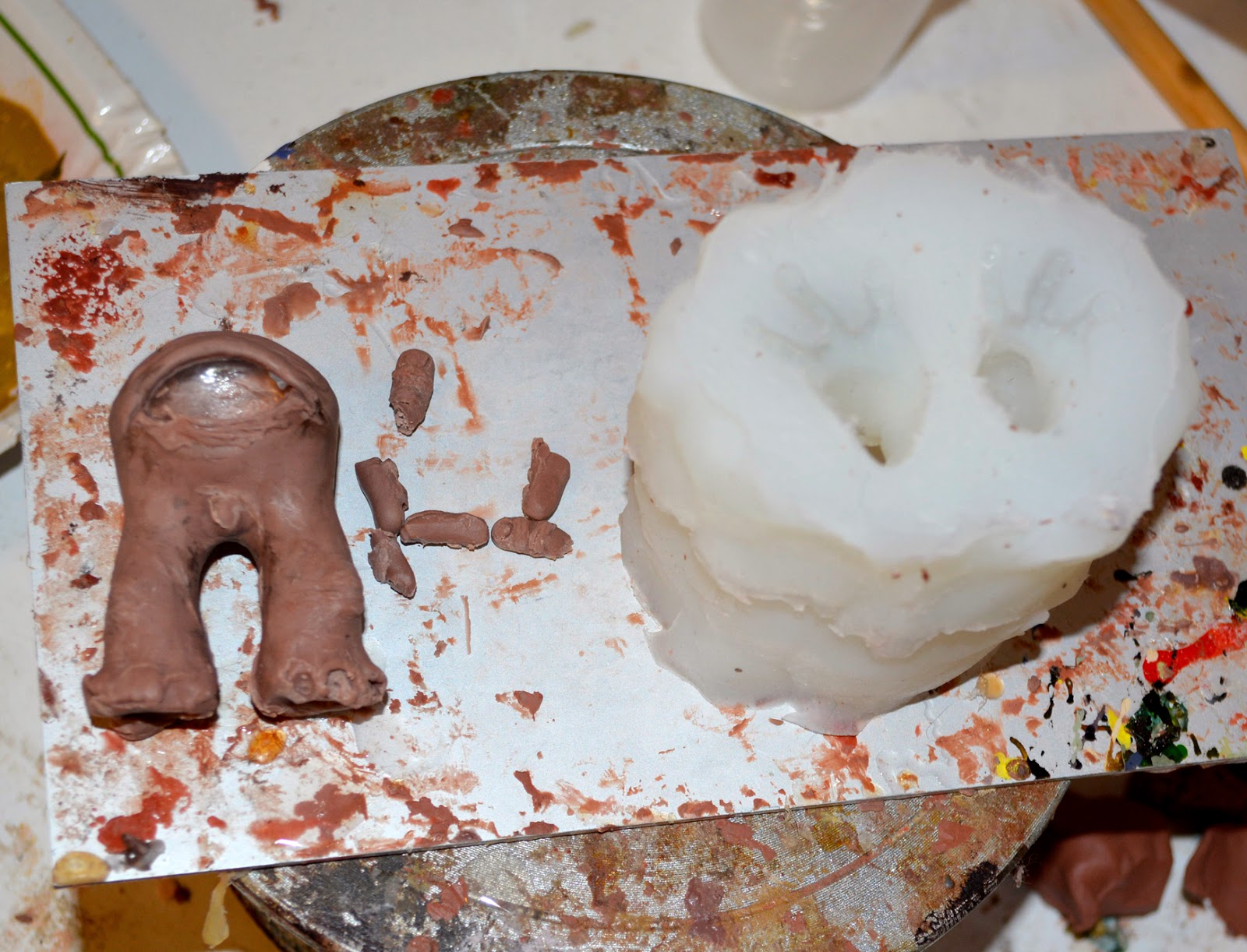 For the actual casting of the figure I'm using SmoothCast 65D from SmoothOn. It's semi-rigid, which allows a fair amount of impact resistance, meaning that if you drop the damn thing it won't shatter. SmoothCast 65D sets bright white in colour. I mixed in some So Strong flesh-coloured tint, which created a good base for the figurine. I don't have many So Strong tints, as they are a bit costly, but they do help when casting stuff, as you have a base colour which will always be there, even if some of the painted-on mediums will eventually rub off. 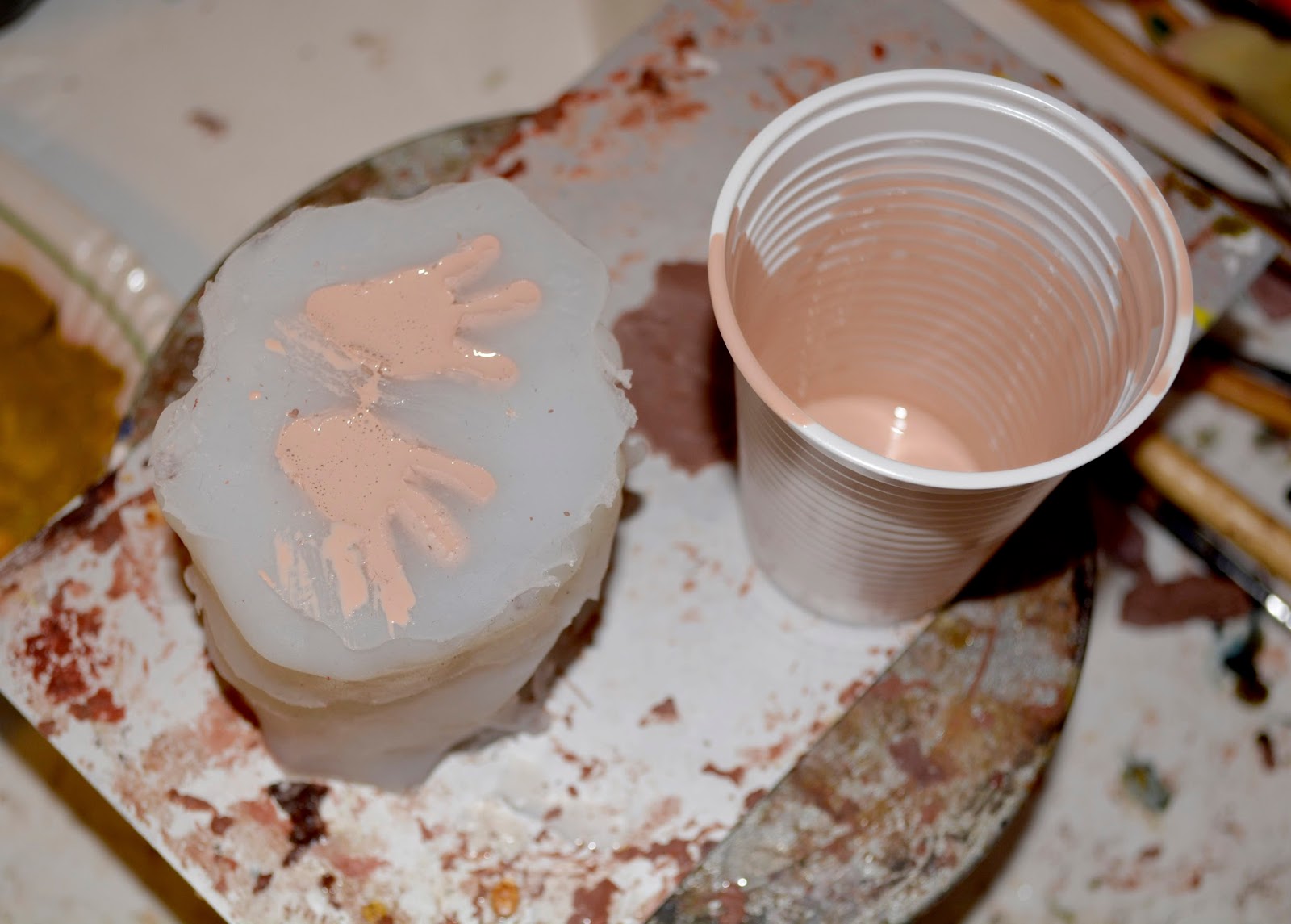 Here's the hopster cast, and ready for its painting and touch-ups. However I cast, I always end up with air bubbles. This will not me remedied until I get a vacuum chamber, which is a costly thing. Until then I simply use epoxy paste to fix larger castings, and I actually use (and recommend) a scrap booking liquid plastic, which is dispensed in droplets from a handy little bottle and dries a flexible transparent plastic. This is good for castings with smaller bubble holes, like the hopster. 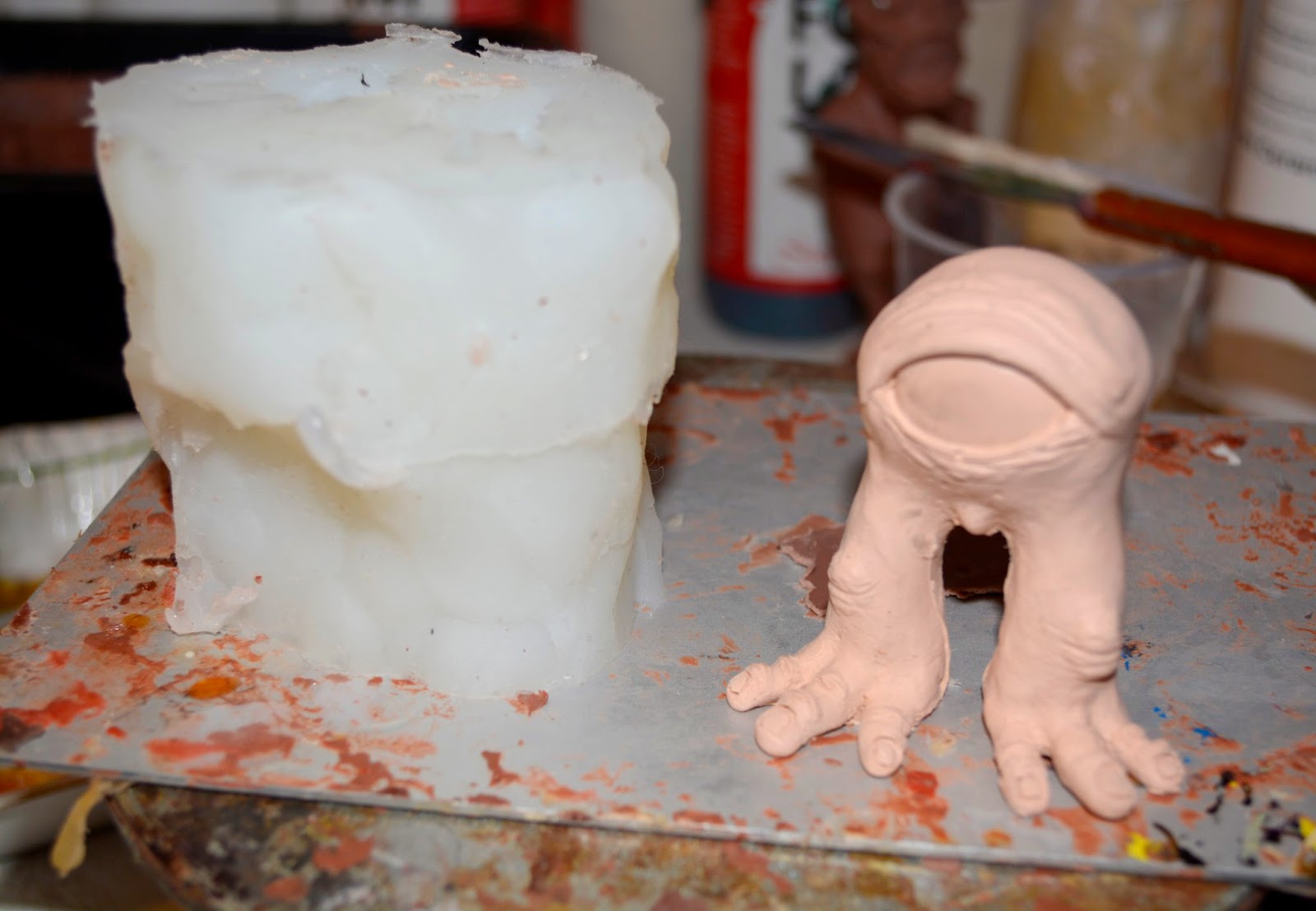 The hopster now has a light coat of plastic hobby paint, and some airbrush acrylics applied with a small paintbrush for the eye. I enjoy making these things as much as my stop-mo puppets, and I'll try to find the time to make more of them in the near future. 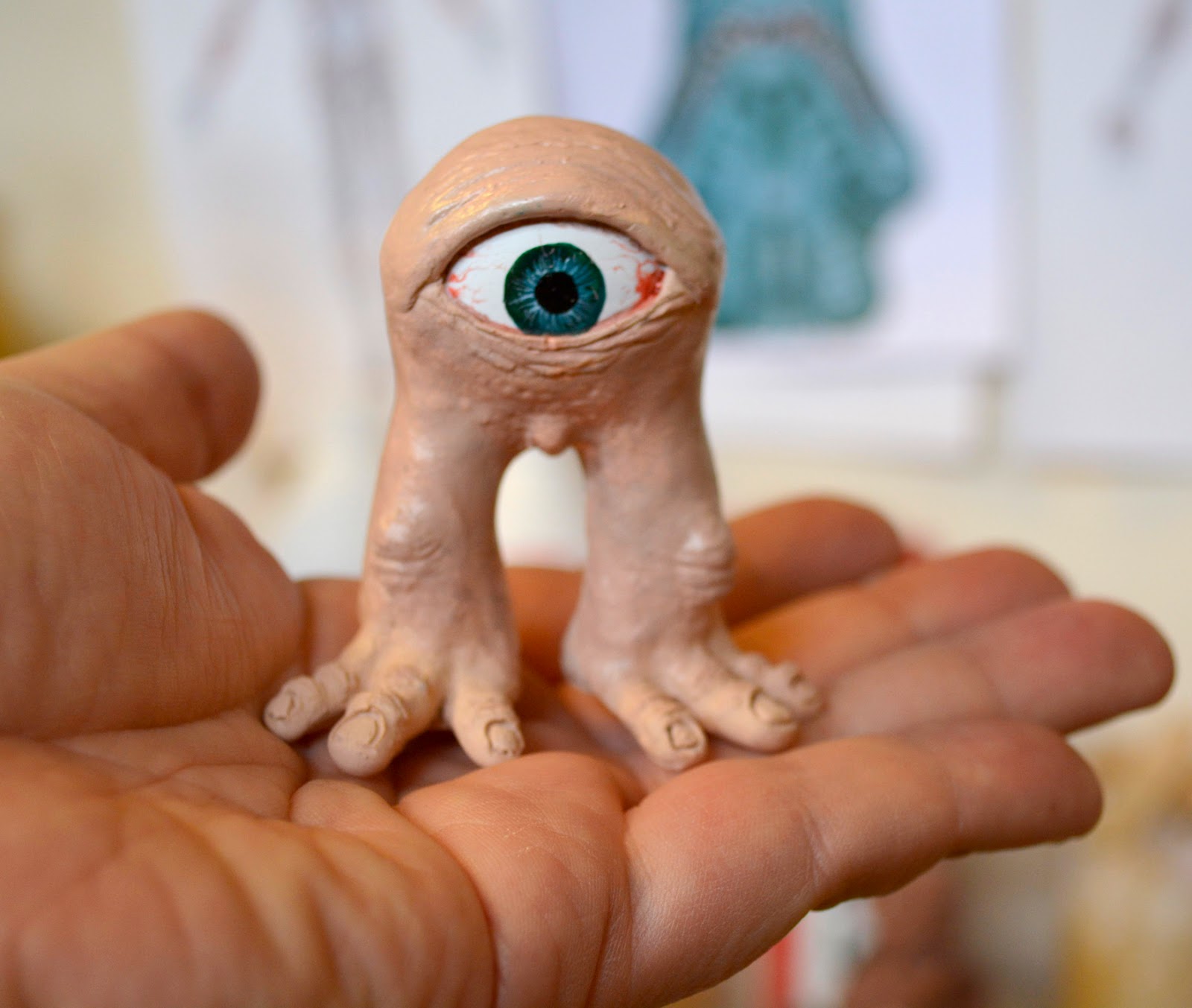 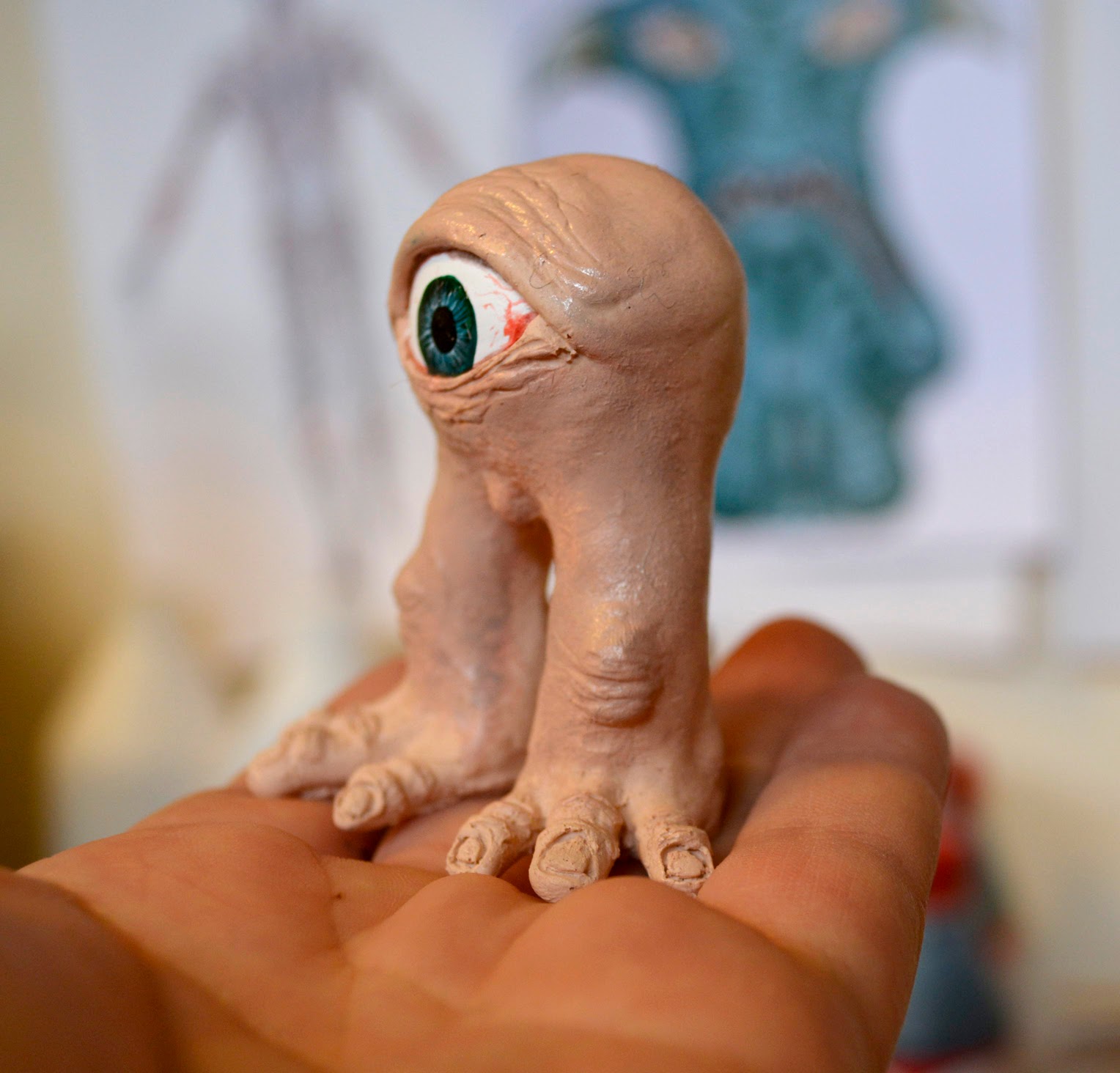