Taking a short break from my Lovecraftian Alphabet project I though I'd show you something else I've been working on. I've been out of a steady full-time job since early 2012, surviving on various work opportunities popping up and going away again. Right now I'm working half-time at a project called "Media Power", where special needs people of all ages learn how to blog, make interviews, do pod casts, make videos, and generally find out how to use the free social medias to promote themselves and their various interests. I'm the technical go-to guy, and I also try to think up fun stuff for the crowd to do.
We have some pretty good actors in the gang, and a few of them enjoy making dramatic films. Two of the guys and I decided to do a humorous sci-fi short, where nefarious aliens kidnap earth people. To portray the aliens we concluded that cartoonish animated puppets would best do the trick. 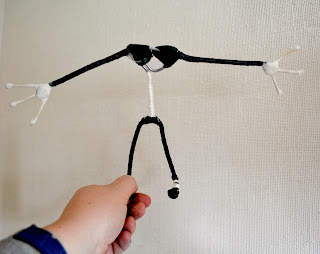 I built only one alien and cloned it in After Affects, after multiple animations in StopMotionPro. The idea was that the aliens, looking like they jumped off the cover of an old sci-fi pulp magazine, would also be cloned, or at least looking all the same. The alien puppet armature was a very simple affair, having no "bones" in the body. I used thick aluminum wire for the whole thing, apart from the fingers and a small joint for the tips of the feet. 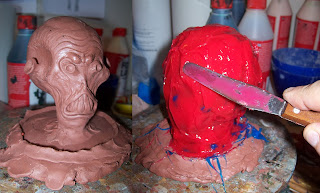 I also did something else different from my usual puppet projects; I cast the head in hard plastic instead of soft latex. I decided that the aliens would have a mouth-like organ, but not speak visibly with it, thus relieving me from hours of synced mouth animations. The only thing moving and emoting would be a pair of eyes on stalks. Thus I sculpted the head in my usual fashion using Chavant clay, but made a mould out of silicone instead of plaster. 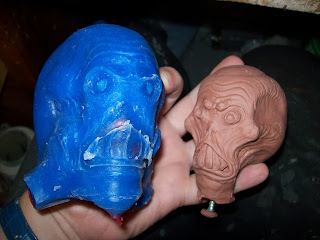 This being the excellent, soft DragonSkinPro from SmoothOn, the sculpture came out of the mould almost intact. 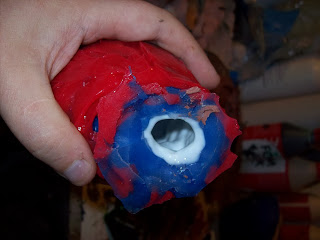 I used a SmoothOn 325 plastic poured into the mould and sloshed around to create a strong, hollow shell. 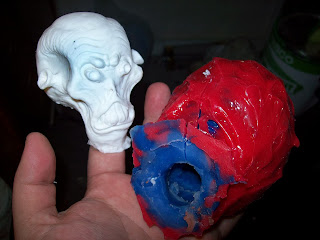 The finished casting was very light, and quite strong in itself.. 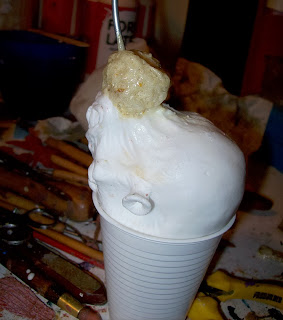 ..But I decided to reinforce it further by adding expanding polyurethane foam. While the foam was setting I pressed down a looped aluminum wire into the head, creating the neck joint. 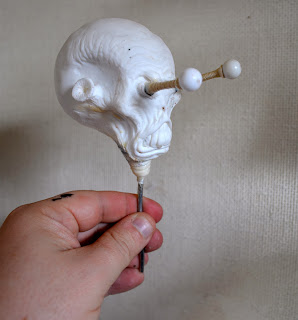 The eye stalks were two bits of aluminum wire wrapped in soft string, with plastic balls attached to the ends. The stalks were held in place within the skull with Friendly Plastic thermoplastic. You can also see that the neck has been covered with more string wrapping. 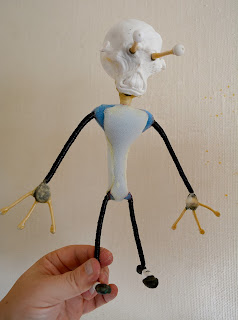 After attaching the head to the body, the armature was padded with bits of thin sheet foam. The arms, legs, feet and fingers were wrapped in string covered with tinted latex. 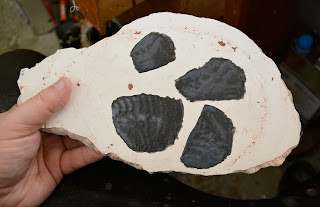 To make the aliens look even more sterile and cloned I decided to give them black rubbery suits, with very few details. I cast small pieces of tinted latex on the back of an old plaster mould to create a smooth surface for the suits. Why not use a plastic tray, a table, a mirror, or any other REALLY smooth surface to cast the latex on, one may ask? Because the latex takes longer to dry on a non-absorbing surface, and the porous plaster creates a matte surface on the latex, making it much easier to remove and handle. Give both ways a try, and you'll appreciate not having the headaches of latex pieces sticking to themselves because of their perfectly smooth, but hideously self-attaching backside. 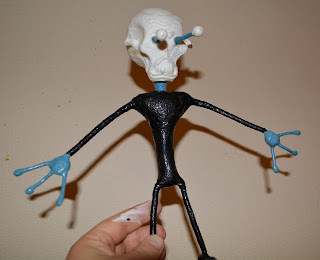 That takes care of the body. The hands and eye stalks were painted with tinted latex, while the plastic head was airbrushed using acrylic colours. 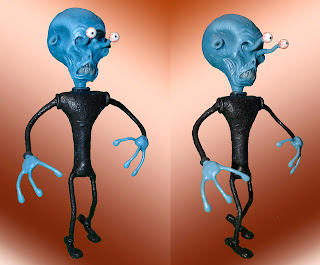 There you have it: One nasty alien invader. Ready to be animated. 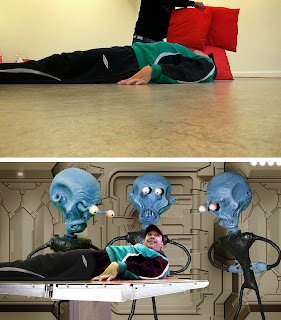 To place our intrepid hero, Andreas, on an examination table in the alien spacecraft, he simply laid down on the floor in an empty room in the building where we have our office. We didn't have any proper chroma key screen there, so we simply put some red pillows behind his head, creating a neutral background, that could be removed digitally. The rest of his body and a part of the floor was cut out using the matte tracking tool in AE. The alien was animated as three characters, and all of it was keyed onto a stock spaceship background. 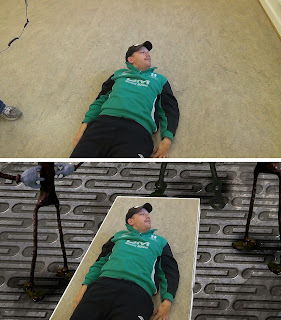 Instead of shooting Andreas as a chroma key subject and adding him to a background, I did a more old-fashioned matte shot, superimposing a photoshopped image over shots of him lying on the floor. This kept him as an element of much better image quality than a chroma key shot would've produced.
And how does humanity defeat the pesky aliens? This particular day, Andreas had enjoyed a too hefty baked beans lunch, and we find out just how sensitive to gaseous anomalies these aliens are.
Posted by Richard Svensson at 5:39 AM 6 comments: 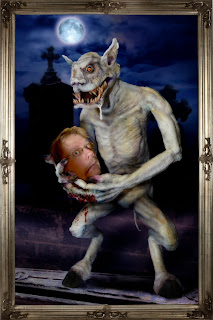 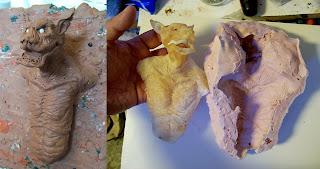 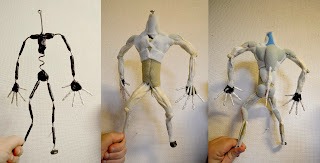 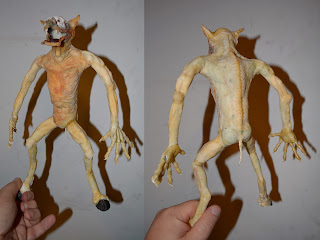 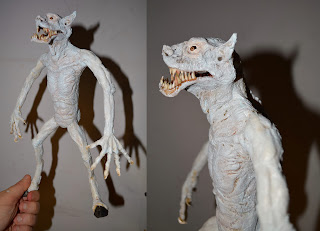 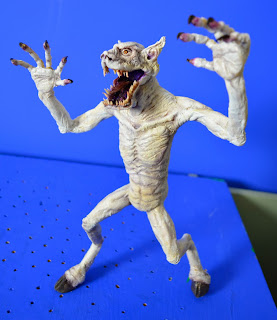 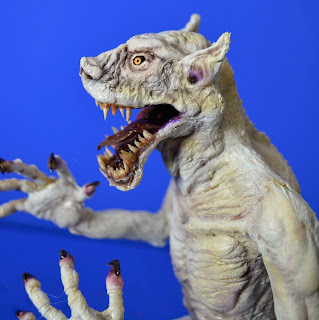 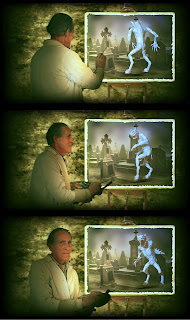 What about Pickman himself then? My artist friend Niels Elley, who in an earlier project of mine played Gandalf, brought his smock, and his brushes, and kindly stood painting in the empty air for a few seconds in my green screen room. I later added a Photoshopped background, with a canvas and an easel, where I could place my animated ghoul. Thus, suddenly both the artist AND his art turns to observe the observer.
Spooky...
Posted by Richard Svensson at 2:45 PM 5 comments: