Out of the Old Land

I've been asked many times on YouTube: When will you make a video based on the work of Robert E Howard? This pulp author pal of H P Lovecraft certainly has plentiful tales that I'd love to adapt -he is the creator of Conan and generally what we today call the sword & sorcery genre. But Howard is also still very copyrighted, which is a big matter to consider today, as the copyright rules seem to get more and more energetically enforced. There are, however, public domain R E Howard works and I'm casting my eyes at some of them. The video above is adapted from a poem written by mad poet Justin Geoffreys; in reality, it is of course written by Howard. It's a moody piece that opens the short story "The Thing On the Roof", a tale that hints at what manner of creatures the poem is talking about. The second verse is by me, so I've actually committed that blasphemy that August Derleth, L Sprague de Camp, and others have been criticized for: I've made a posthumous "collaboration". 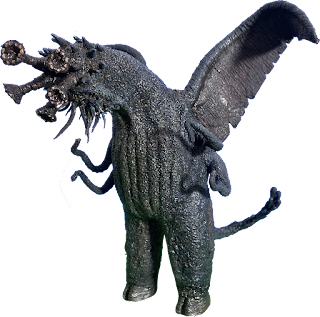 Let's start with discussing the puppet as per usual. This creature is inspired by the Kaiju variety of great lumbering monsters, but also has features borrowed from the common garden slug. So I named the puppet "Slugzilla." 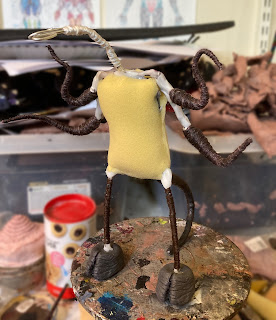 The armature for the puppet is very simple. I only used a few clipped bits of metal rod lashed with yarn to the neck to make animation easier (with a less wobbly neck). However, all other limbs were just lengths of aluminum wires without any additional support. I wanted to try and achieve a sort of boneless undulating quality to the puppet (which I probably didn't.) 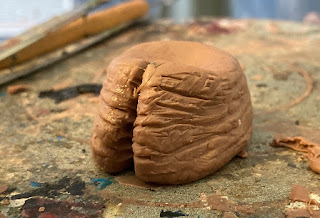 Only two parts of the puppet were original sculpt, the rest was a simple build-up job. One part was the hooves, which were created from a single clay sculpture. Over that, I applied dental silicone to create a mold, into which I could then cast two hooves from Polymorph thermoplastic. The other sculpted part was the insides of the trumpet-like mouths growing out of the head. 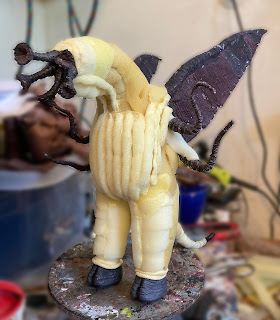 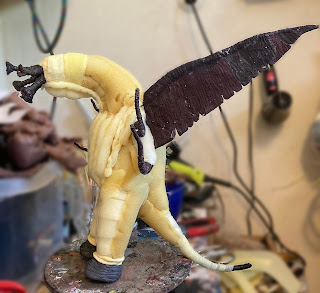 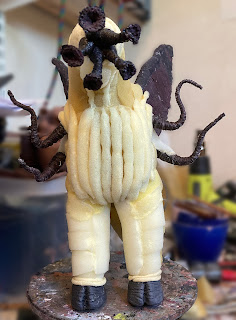 Here's pretty much the big job on the puppet finished. I've glued bits of very soft polyurethane foam to the armature. The wings are created from latex skins cast in wrinkly plaster skin texture molds. 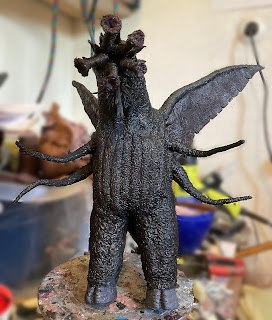 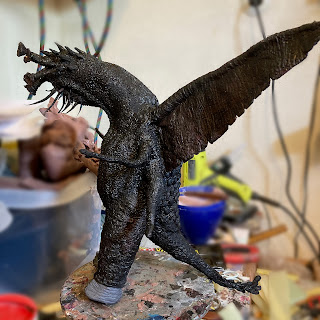 The skin is a patchwork of other thin latex castings from older skin molds I have lying around. I wanted to imitate the knobbly skin of the garden slug. The spiky bits growing out of the head are made from cotton dipped in latex. I've applied a unifying layer of tinted latex using a foam sponge. 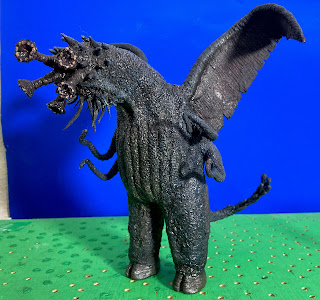 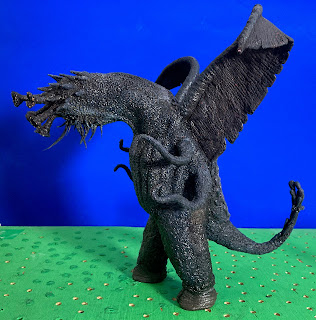 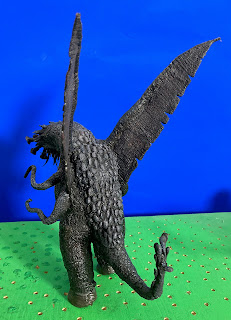 The finished puppet was dry brushed with a sponge using more tinted latex. I should also mention the back which was covered with a bit of skin texture first sculpted for the hammerhead monster in "Xorg the Conqueror." 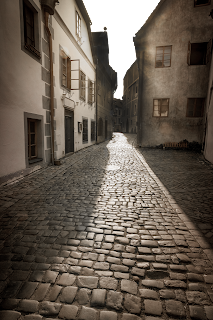 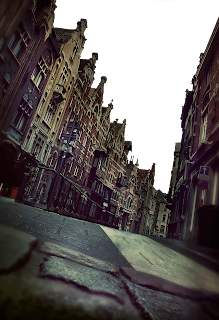 The city where the monster invasion takes place is a mix of Prague and the Old Town section of my native Stockholm. I found the photos at Depositphotos.com and removed the skies in Photoshop. 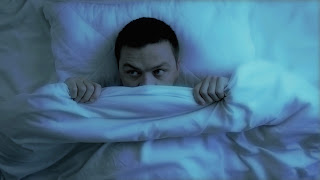 Our protagonist, for lack of a better word, the guy in the bed, was a stock video clip I found at Videoblocks.com. 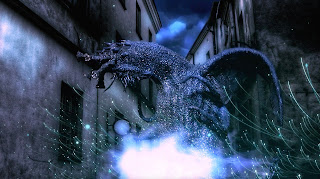 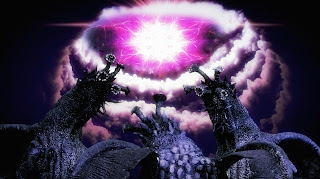 As I usually do, I heaped on various layered digital effects in After Effects to create a weird and colorful look. I believe in going all-in on the visual effects when doing these no-budget projects. No reason to hold back, if you have the know-how of how to create interesting visuals.
So that's basically "Out of the Old Land". I'm hoping to successfully navigate the somewhat nebulous copyright rules surrounding the works of R E Howard, and find some more stuff that I can adapt for my YouTube channel.
Posted by Richard Svensson at 1:46 AM 1 comment: