Instead of doing stuff I had originally planned to do this past weekend, I took a vacation from my ever-consuming film projects and made something completely different. I like the image of the Celtic Green Man or Jack-In-the-Green; The human face with leaves for hair and beard. It's a powerful but cheerful symbolic image of the symbiosis between nature and man, or at least it's a reminder that we should be connected to nature. 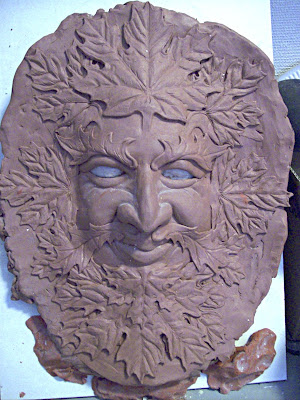 I thought a Green Man mask would look just right on the staircase wall in my house, so I sculpted one in Chavant clay on top of a plaster cast of a friend's face. 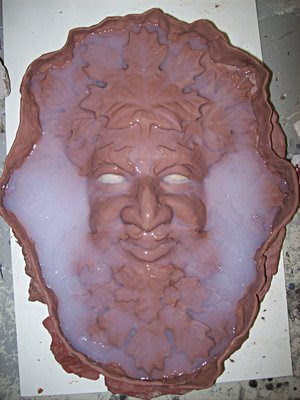 When the sculpture was good enough for me I built a clay wall around it and poured in DragonSkin Q silicone. The silicone was slushed around over the sculpture until it set (in about seven minutes) 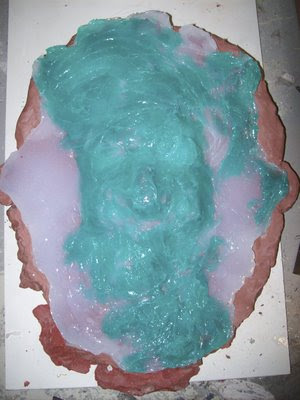 I applied some more silicone, with added thickener, to cover all areas properly. I tinted the new layer green so I'd see exactly where I'd put it. 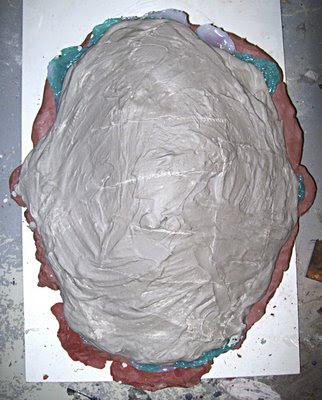 I put a reinforcing plaster shell over the silicone. This shell created a "cradle" to put the silicone mold into, making sure it maintains its shape while the casting process is going on. 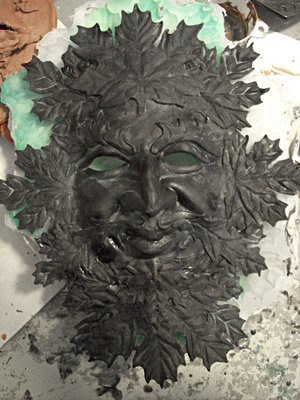 Here's the first-ever casting of my Green Man mask in SmoothCast 325 plastic. 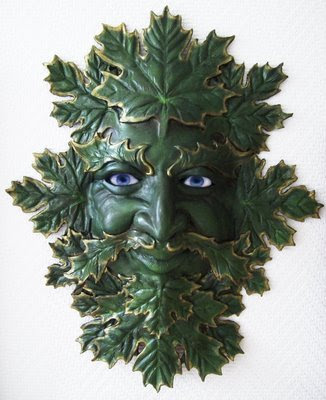 And after some clean-up and acrylic airbrush painting it looks like this. Those are my eyes peering through the mask. It was a quick, fun thing to do, although I really should've spent this weekend doing some puppet work instead.

Posted by Richard Svensson at 12:19 AM 8 comments:

Just a short post about the film featuring the Brown Jenkin puppet -for those of you wondering what it might look like moving about.
Posted by Richard Svensson at 12:16 AM 4 comments: