Something about the props for "The King Who Sought Immortality"

For this film I wanted some really distinctive props, stuff that couldn't be bought or rented. This meant sculpting and casting quite a bit of stuff. I'll show you some examples here. 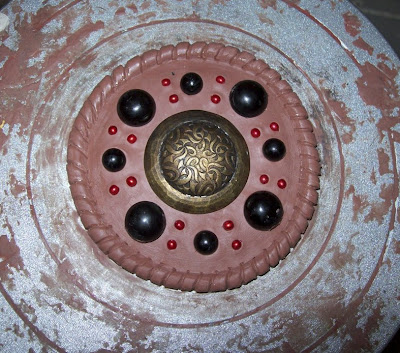 This very simple Chavant clay sculpture, with added pearls and buttons, was duplicated in plastic from a silicone mold. I added a big safety-pin on the back of it, painted it gold, and voila; A cape clasp. I made about eight different clasp in this way. 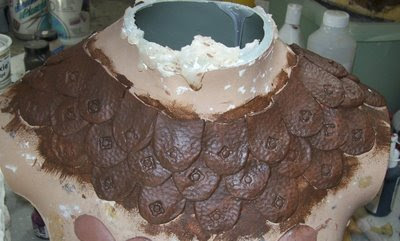 This neck piece for Ishtar started off as a clay sculpture. I made a plaster mold for casting latex, since I wanted the neck piece to be soft and comfortable. In this photo the latex piece has been painted with brown PAX paint. Below it's been dry-brushed with gold paint. 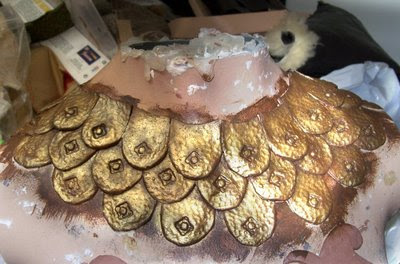 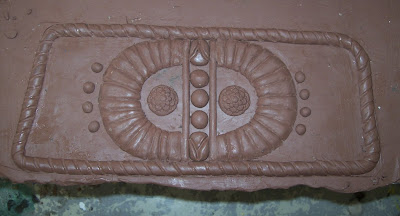 This Chavant clay sculpture was also reproduced in latex and used as a bracelet for Ishtar. The rounded arcs with their straight centerpiece are actually an old Sumerian symbol of divinity. 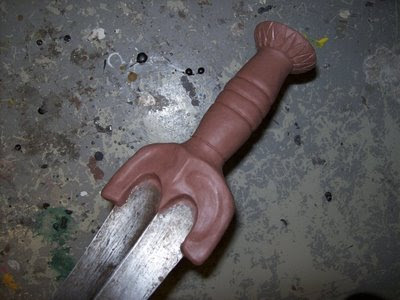 Now for some complicated stuff; the king's sword. I read that some of the very first swords ever made were made out of gold and copper. Bronze apparently came later. I wanted a short, simple sword that was also light and easy to use. I decided to cast the sword in durable plastic (SmoothCast 325 from SmoothOn.com). I have an old African (?) spear head I bought long ago that was the perfect lenght and shape for the blade. I sculpted the grip in Chavant clay. 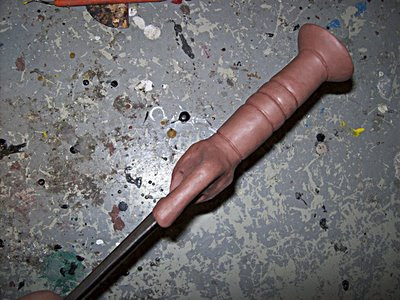 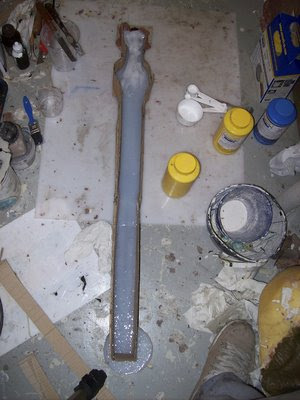 I brushed a layer of Dragon Skin Q silicone all over the sword and let that set. Then I made a makeshift mold brace out of cardboard and filled it with more silicone, and lowered the sword into the goo. After the silicone had set I removed the sword by cutting through the middle of the mold, almost all the way down. 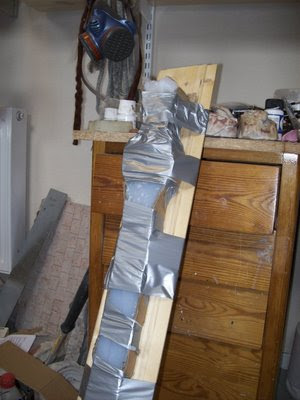 The silicone mold itself is very jiggly, so I had to add some kind of support when casting the plastic in it. I simply duck-taped it up against a wooden board and that worked. The finished sword came out nice and straight. Maybe I was just lucky this time. 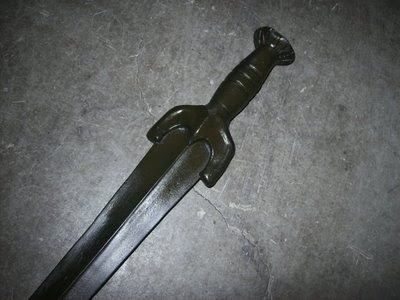 The plastic sword, with its thin blade, would have been to wobbly on its own, so before pouring the plastic I lowered a thin piece of coal fiber (the top piece of a fishing rod) into the mold. This added the needed strenght and stability. In this photo a coat of brown / green color is airbrushed on. 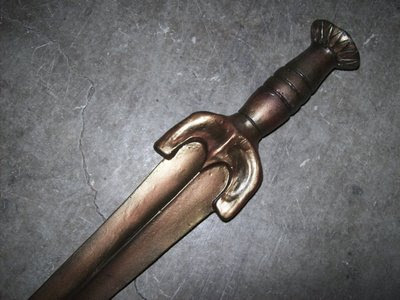 A mix of purple and gold has been airbrushed on to highlight the sword. Finished! 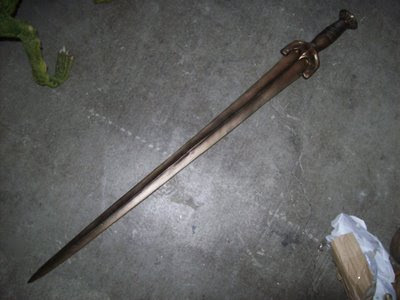 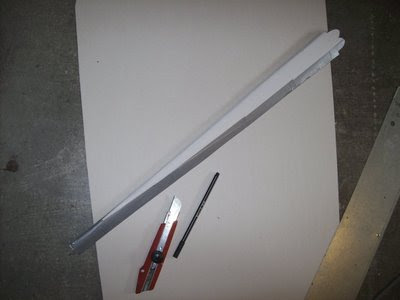 Well, nearly finished. The sword needs a sheath, of course. I made mine out of sturdy cardboard, reinforced with ducktape. 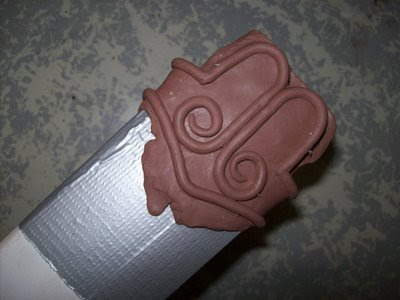 On the top and bottom parts of the sheath I sculpted clay fittings, later reproduced in plastic from silicone molds. 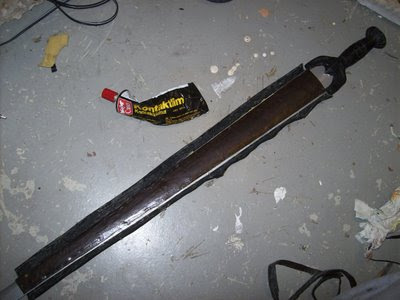 Before adding the fittings, the sheath was covered in leather-imitation PVC cloth. 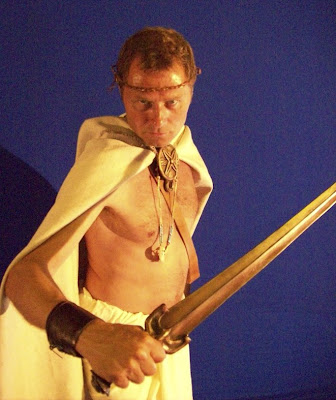 And when finished and in the hands of a king, even a plastic sword can kill demons and chop of octopus tentacles.
Posted by Richard Svensson at 1:04 AM

Quote: The rounded arcs with their straight centerpiece are actually an old Sumerian symbol of divinity. I don't know how many people will realize how much research and effort are put into your props, but I know the feeling when go that much in detail with something so it is "done right". Feels very archaic, but this might be just caused by the fact, that most people do "any" work for getting their bills paid. And then there are those, who work on/for something because they like what they doing. It' just a guess...

Going into details like that is mostly a way of amusing myself. But it's nice if someone recognices the details.

I heartily agree with your philosophy about people doing stuff for fun or money. The results can be quite different.