The Filming of "The King Who Sought Immortality", part two. 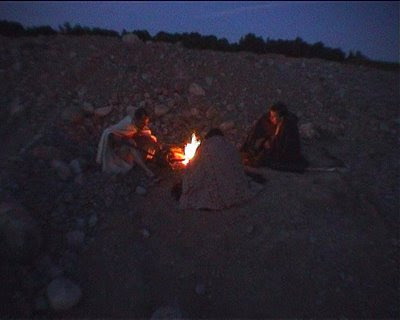 After spending most of the day in front of a blue screen, we broke for lunch and then headed off to a closed-down sand pit. The place was huge and worked out fine as a kind of quasi-desert. You could see some trees on the horizon and there were weeds growing here and there. It was here that we shot our framing story, where the king emerges from the dark desert night and joins the camp of two exiled princes. He tells his amazing, heroic tale of his journey to the underworld and his quest for the secret of immortality. So, in fact, it's never established that he is a real king. He may just be a guy who found the sword he's carrying in the desert, and he's telling a tall-tale. Though it does have a profound effect on the life of the two princes. 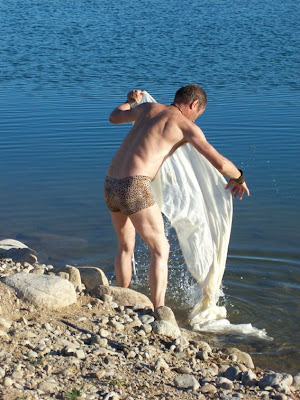 There was actually a fairly large pond in the middle of the sand pit. We used it for scenes when the king jumps into the ocean and comes out of it. When he is submerged he's shot in front of a blue screen. Dag's just done his bit of splashing about in this photo, and is trying to get his loincloth in order. Nothing of his leopard swimming trunks showed up on film. 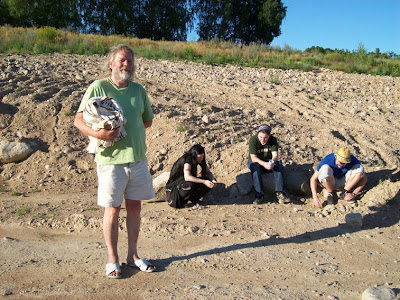 The king finds the flower of immortality on the bottom of the ocean, but looses it to a hungry snake when he comes ashore. He is greeted by his dead friend who tells him that being dead is not all that bad. Olof, who's been in a few of my films, acted the part of the friend. He is also an old pal of Dag's and a very mellow dude. 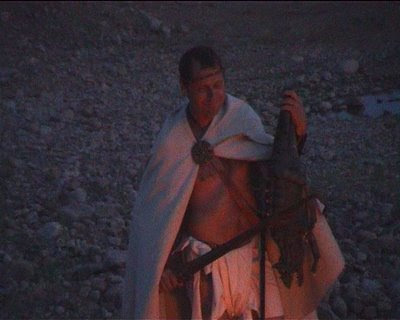 When the king enters the camp in the desert he's carrying a huge dead lizard. He then proceeds to cut it up and roast it over the campfire. There are two parts of this lizard, an edible one and a non-edible. 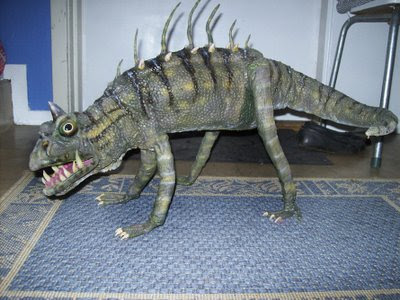 The non-edible variant is a big latex lizard, with a foam interior and a wooden skeleton. It started life long ago as a stop-motion puppet. It was not very well put together, but it worked fine as a "dead" prop. I just had to make a few adjustments and repairs to get it in working order (new eyes, a new paintjob, etc). 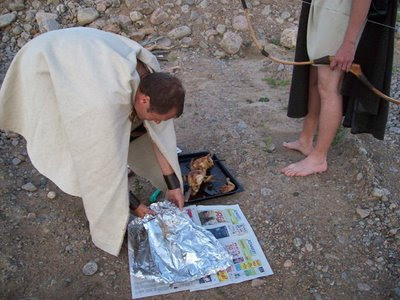 The edible version consisted of three(?) chickens sewn together in a Frankenstein-like manner by Dag and prepared in my kitchen oven before bringing the dish to our desert camp. There it was placed on a wooden spit and allowed to roast some more. With added spices it was very tasty, though we did have to pick pieces of yarn from our teeth every once in a while. 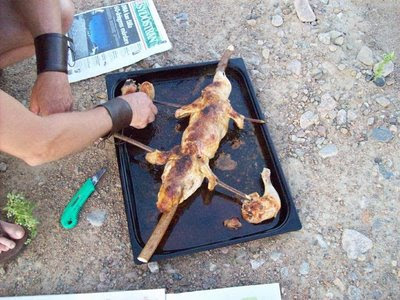 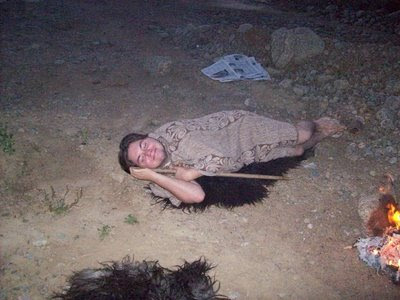 Filming ended about 10.30 in the evening. We were all quite ready to go home. Dag, in particular had been active all day and truly given his all as an actor, cook and makeshift stuntman. 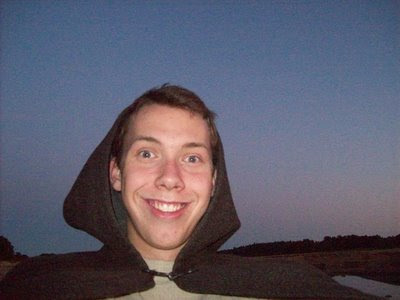 Though some of us were still on a high... 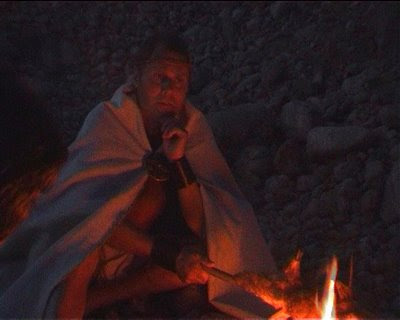 All in all, an incredibly good day. I got almost all of the footage I needed in the can. There's still some stuff to be shot with a ferryman in the underworld, and also a couple of scenes with the queen of the underworld. But compared to the rest of the footage, it's easy stuff. I think the finished film will turn out OK, as amateur productions go. At any rate, we had a hell of a good time making it. 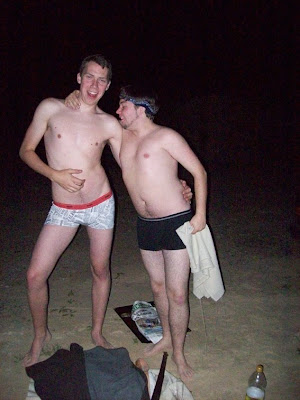 Some last minute posing for the ladies before heading home.

Posted by Richard Svensson at 11:23 PM

Chicken sewn together in a Frankenstein Manner - She's alive ! Alive !!! But the final product came out as a real classic (both of them - chicken as sewn chick in "Bride...").