Diving for Deep Ones

Among H P Lovecraft's more popular monsters are the charming "Deep Ones"; the end result for the peculiar people living in the seaside town of Innsmouth. In short, when they reach adult age, they turn into fish monsters and return to the sea. It's all told in "The Shadow Out of Innsmouth", one of Lovecraft's better tales, actually, where the narrator is first horrified by what he sees in Innsmouth, but at the end of the story he reveals he's discovered he's actually a fish-person himself, with gills already growing on his neck, and he returns to the town to join his scaly kin. 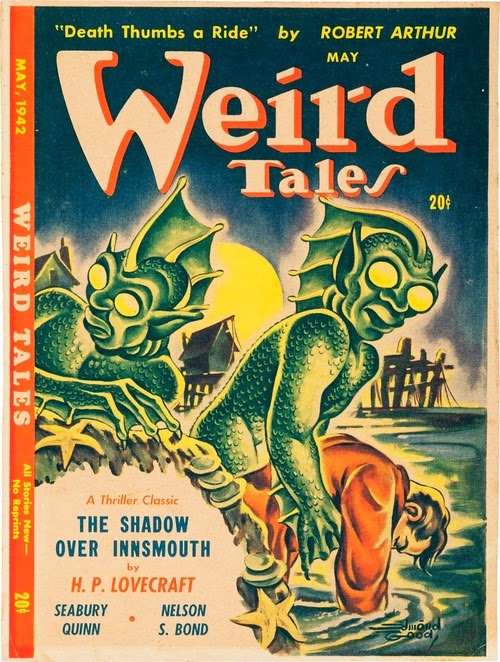 US Lovecraft enthusiast and game developer Rolando Gutierrez had me build a bunch of monsters for him a while ago -you can read about that here:
http://loneanimator.blogspot.se/2012/06/monsters-for-lovecraftian-computer-game.html
And here:
http://loneanimator.blogspot.se/2012/08/monsters-for-lovecraftian-computer-game.html 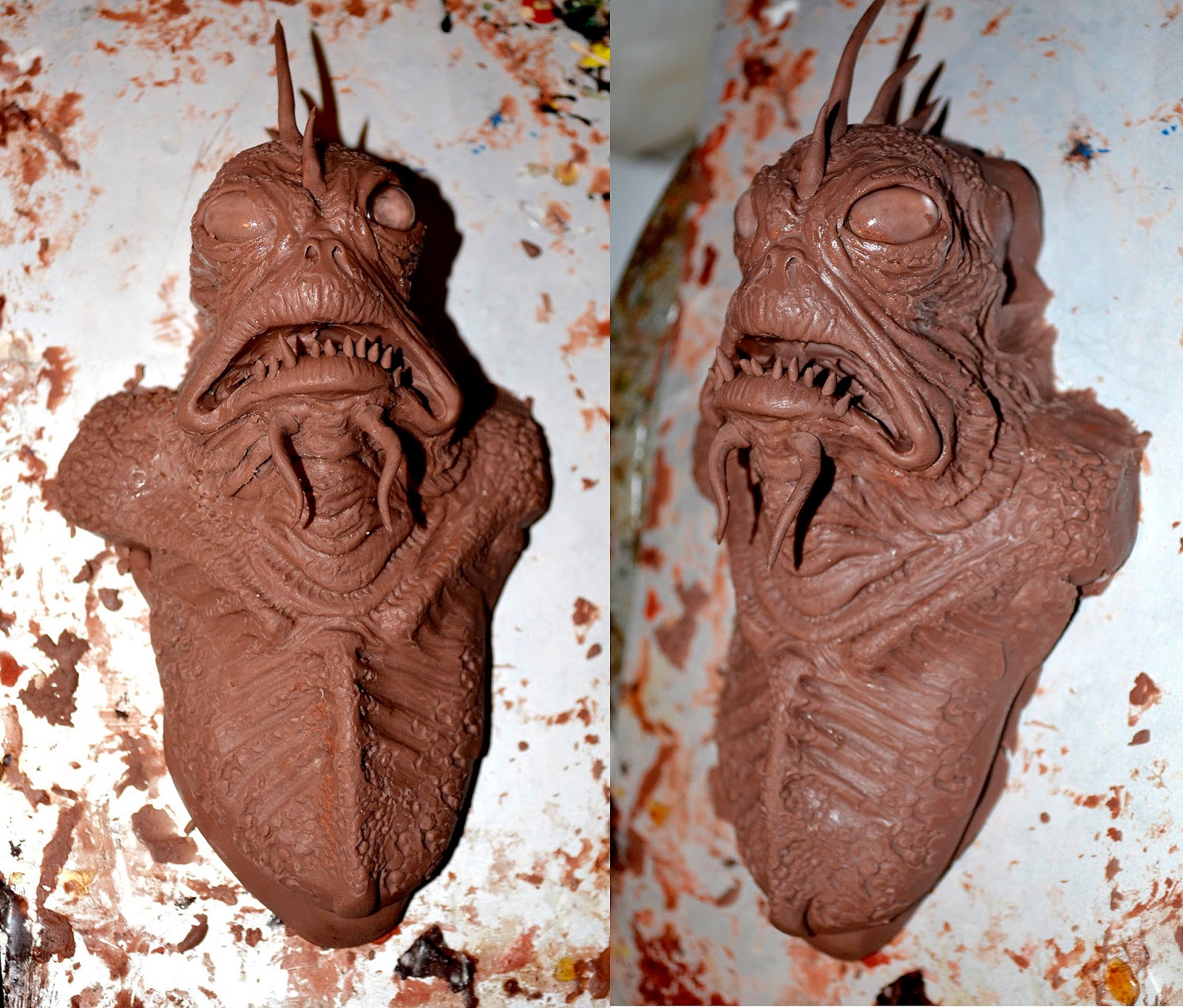 I started with a head and torso sculpture, as I usually do when I make humanoid puppets. This gives me a better overall idea of the other proportions of the character. My first concept was the traditional fish-like deep one, but Rolando preferred a more frog-like design, so off came the crest and the "beard". 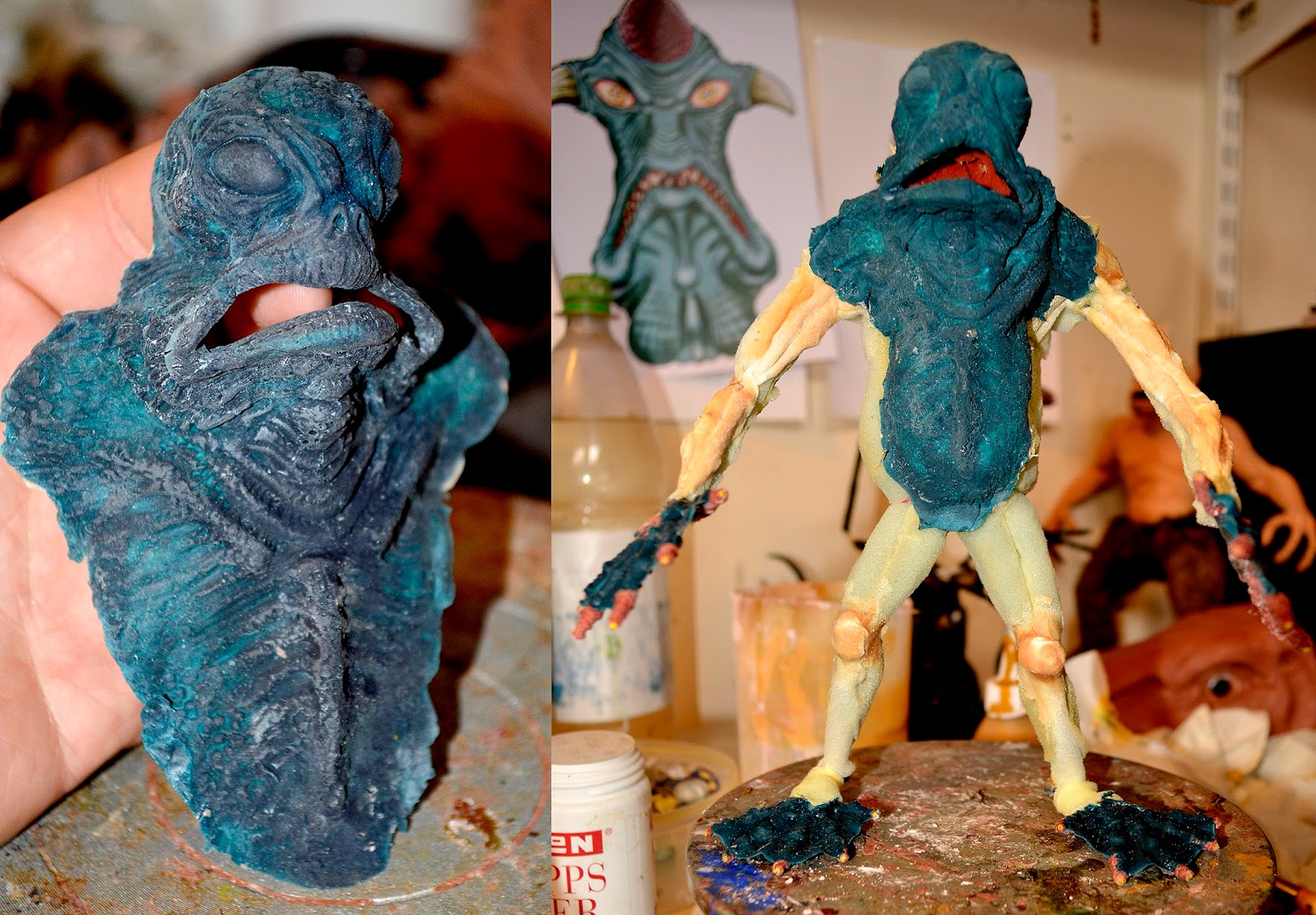 The head and the chest was cast as a loose latex skin. When I want to add extra support to the head on a puppet, I usually mix cotton and latex to created a flexible, but tough and leathery layer on the inside of my puppet skins. This time, however, I mixed latex with micro balloons; the white, sand-like substance that you can mix with polyester or epoxy when working on boat and car bodies.  The micro balloons gives the latex a cream-like feel, which is very helpful when you want to thicken latex for certain types of work. Adding chemical thickener usually adds setting time. Using micro balloons lets the latex dry within an ordinary time frame. I'll talk more about this technique in a later blog post. 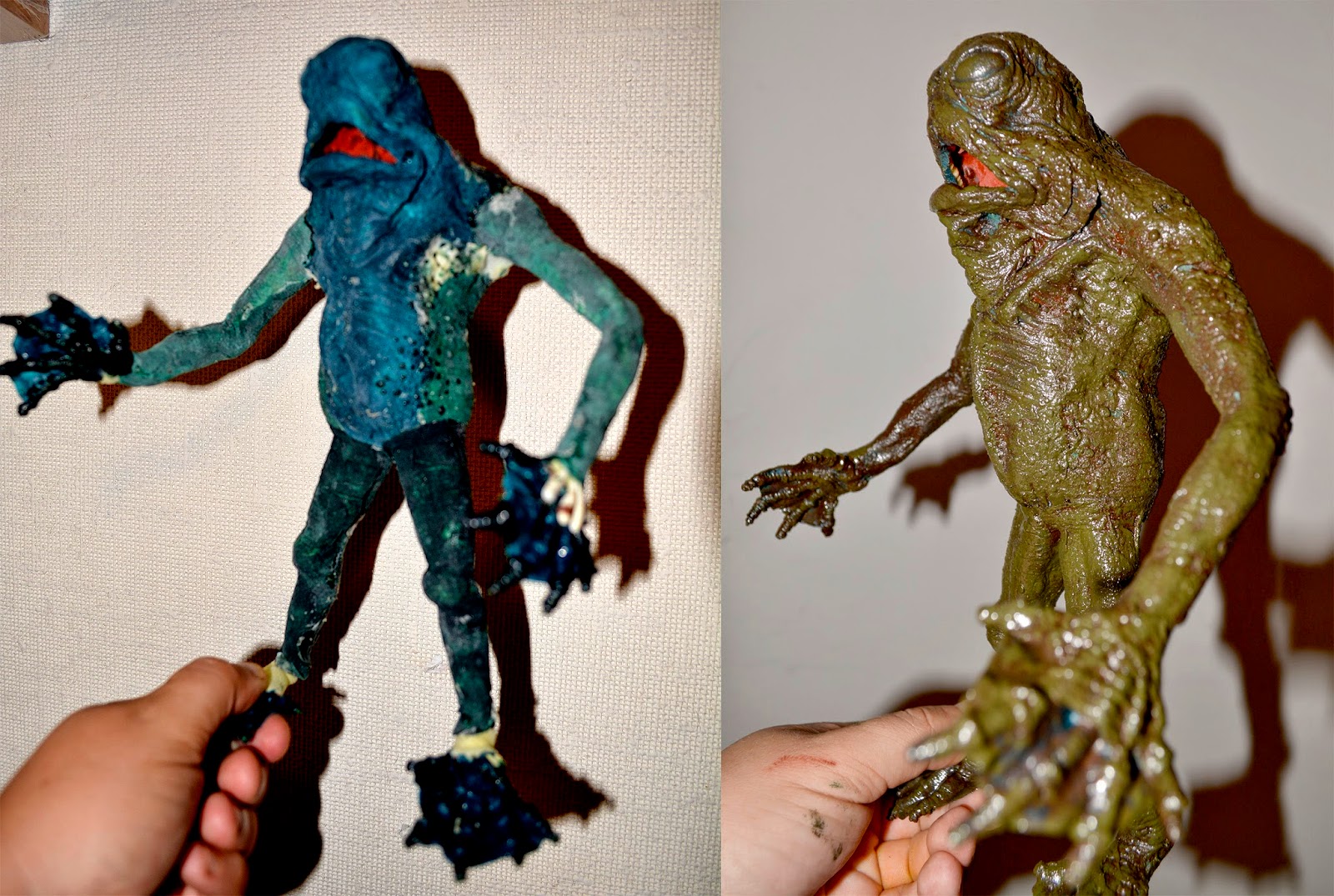 Here the cotton and polyurethane puppet body has been covered with patches of latex skin, which are tinted green as a base colour. Next, a thin layer of PAX paint (Prosaid prosthetic glue and acrylic paint) is sponged on using a piece of polyurethane foam. The inside of the mouth is a separate latex casting, one I'm often using for insides of round or wide mouths. 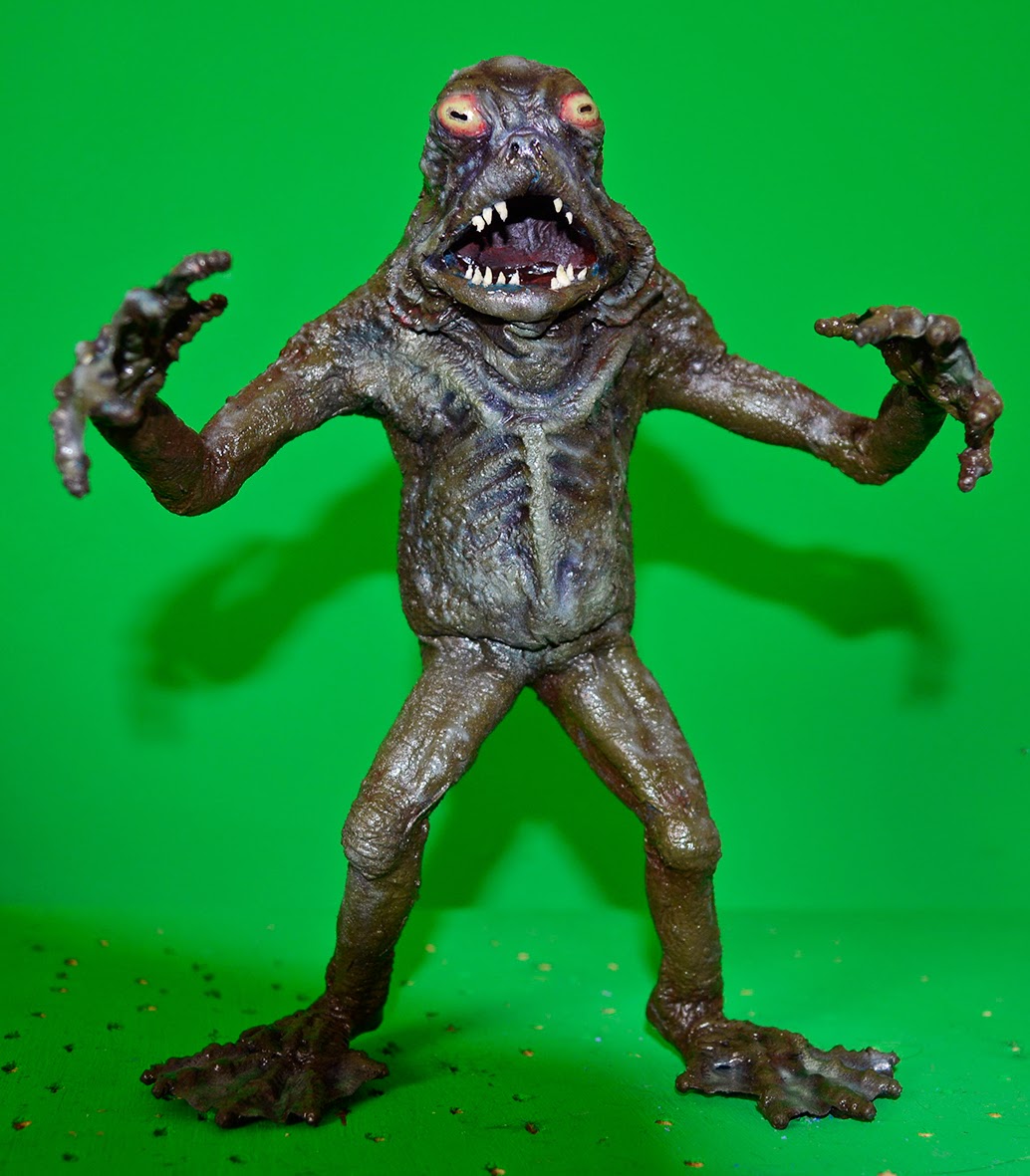 And here's the froggie deep one finally finished, using acrylic airbrush colours. I don't know if I'll be animating him yet or just snap some photos. Eventually I'll make my own deep ones, as I suspect I won't be able to stay away from the "Innsmouth" story. They're cool monsters without really being bad guys. 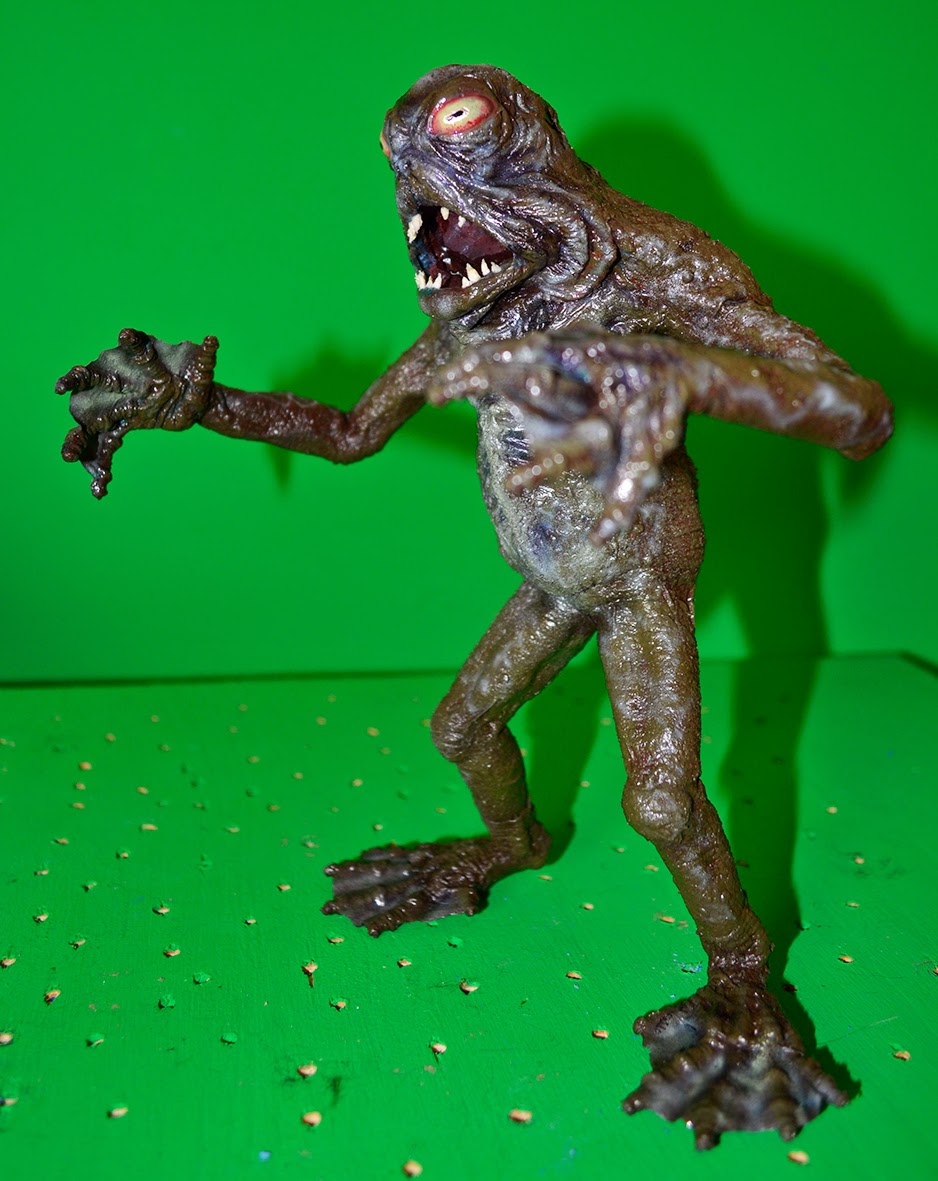 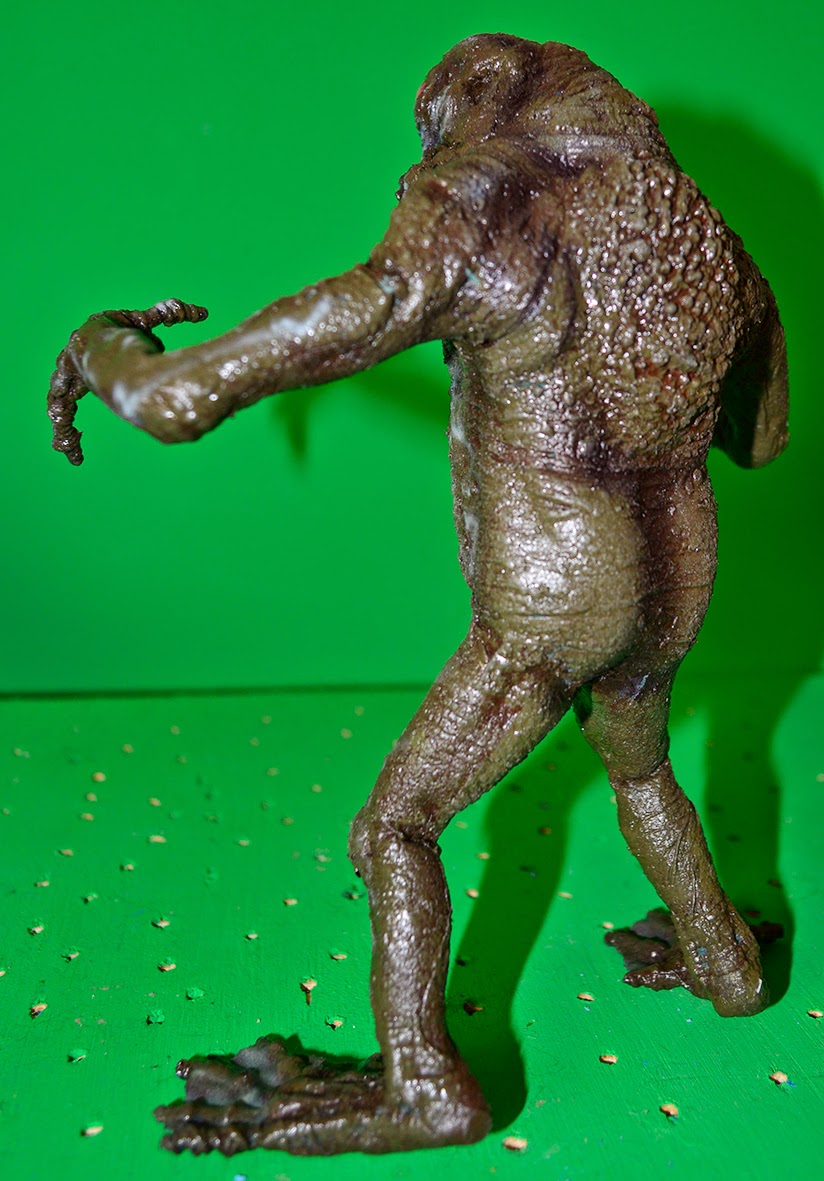 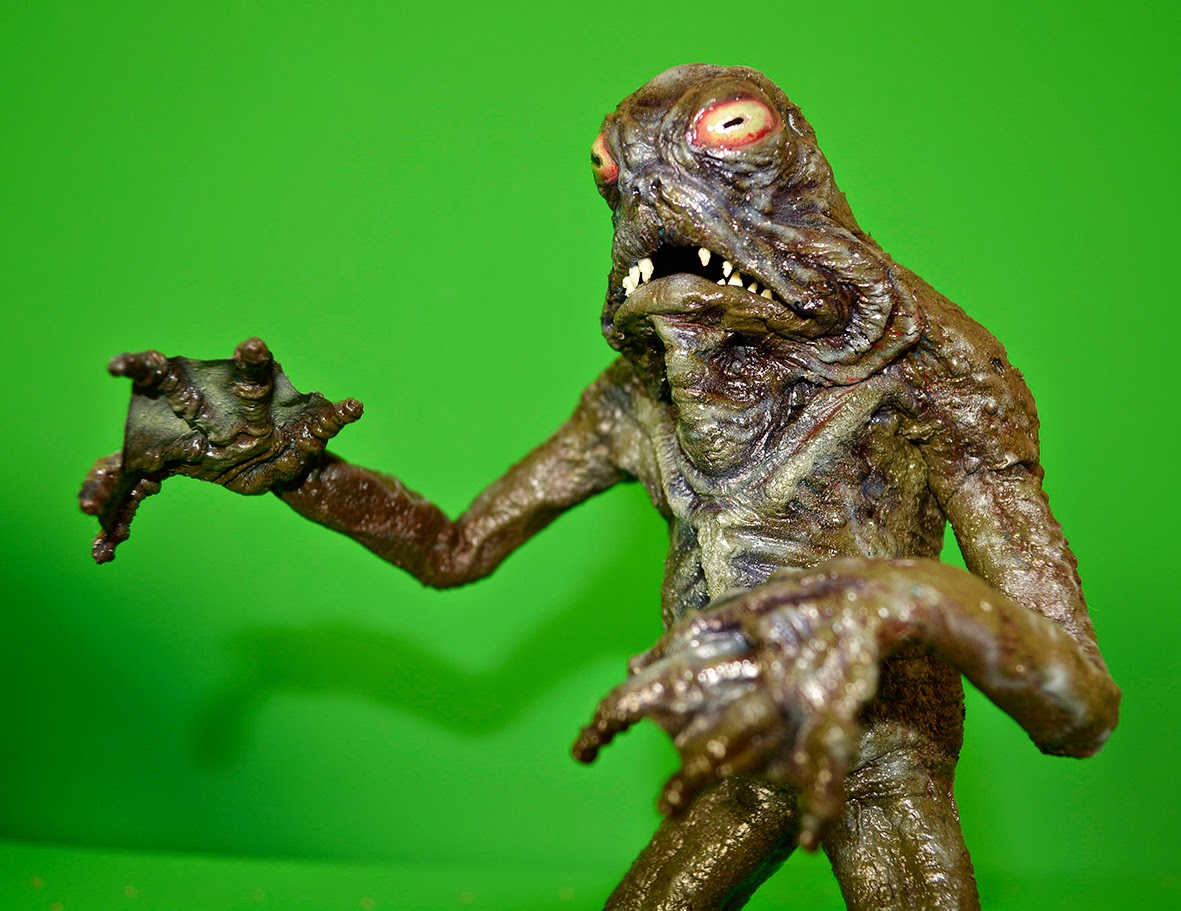 Posted by Richard Svensson at 5:08 AM

FANTASTIC DEEP ONE! Think I would've preferred the fish-like design for myself, but each to his own.

And you'll need to do "Innsmouth". It'll give you creative opportunities for both makeup and stop-motion. I can already imagine a glorious Photoshopped Innsmouth!

Antediluvian's finished. Not sure when I'll post it, but Kyoryu certainly will have some updates.

Wow, what an amazing blog! Thank you so much for sharing your insights and awesome resources.
www.gamersbon.com