After having worked on this confounded project for almost two years now, all because of crappy bluescreen work, I've come to the decision to get the film finished and move on to the next project. Some scenes have turned out great, others not-so-great. But that's the way of amateur filmmaking. I'm not kidding myself into thinking anything else -I make amateur films. My aim is to have them be entertaining enough, and better than most of the slapped-together stuff you find on YouTube. 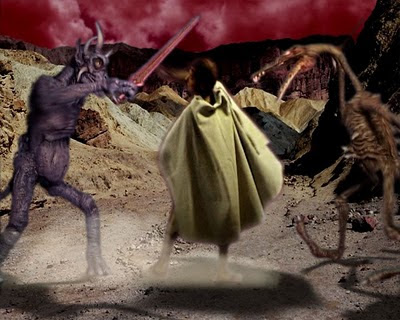 All through this project I keep finding that I'm one puppet short. I refuse to cut anything from the fight choreography performed by Dag (the king), and so after thinking I've actually finished his demon-slaying romp, yet another sword slash in thin air is revealed to be supposed to hit a monster. While working in stop-motion mode and studying the live-action footage frame by frame I forget about the purpose of some of the moves filmed almost two years ago. 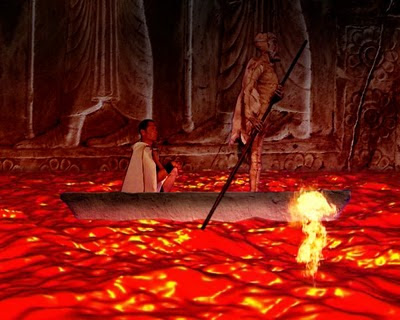 And I still have quite a few planned puppets left to animate. A bunch of dragons, some scorpion men and som dog/crocodile hybrids. And a snake that sprouts golden wings. All the backgrounds are finished, though. And I've got all the music I need. I probably have more music than I need. 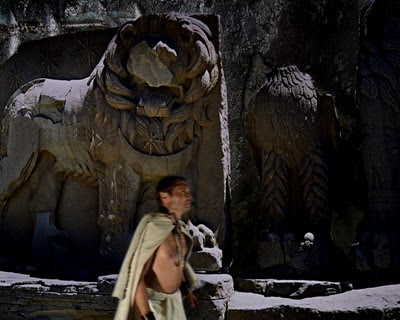 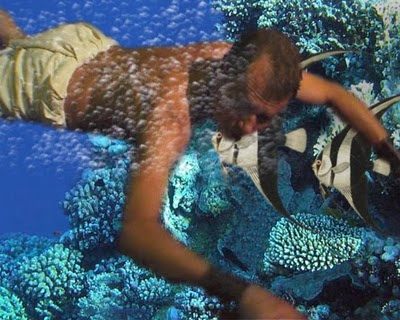 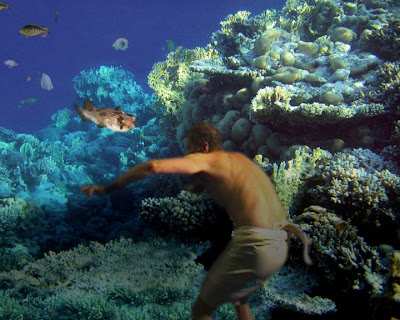 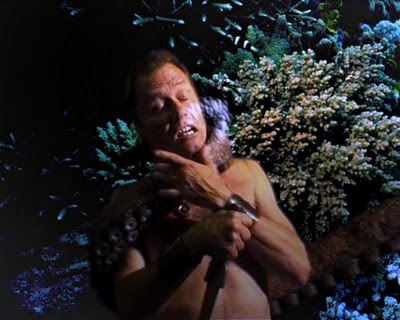 If nothing else, I've learned lots from this project and that knowledge will go into the next film, and on and on it goes...
Posted by Richard Svensson at 3:55 AM

I love a good hand-crafted fantasy film, Richard. And I applaud your calling a big project complete so you can move on creatively.

I haven't seen your film, but the stills here make me wonder how your story might look if layered. You might fall in love with it that way.

I find that even the most crude photos with drawn elements can be made poetic and evocative with the addition of a blending top coat of artful diffusion.

I'd love to see what a shot might look like if blended into more of an impression. If you like that look as much as I do.

Thanks, Shelley :)
I'm afraid I usually take a bit of time to finish my projects. There's one burst of thought process in the planning and filming, then a whole new cycle of ideas start when the editing and effects work begin. In this case I had an added headache of making the chroma key/bluescreen effects work when the lighting conditions during filming turned out to have been too poor. As the film is now, it sort of looks like the children's TV shows produced in Sweden in the late 1970's, which, as a template, isn't all that bad. Because of this, the film does have a pretty high "cosyness factor" despite the grim story, monsters etc. Of course, having that frame of reference helps.

Right now I'm re-editing an old film into a sort-of music video. I'm using very heavy filters to produce a dreamlike feel and to emulate the silent film look. But I'm not really prone to add visual expression and filters to the overall image of a film, at least I haven't been. I fell in love with a home-made filter technique used on "Goblin Wood". I keep refining that one and will probably add some aspect of it to the "King" film.

cant wait to watch it!