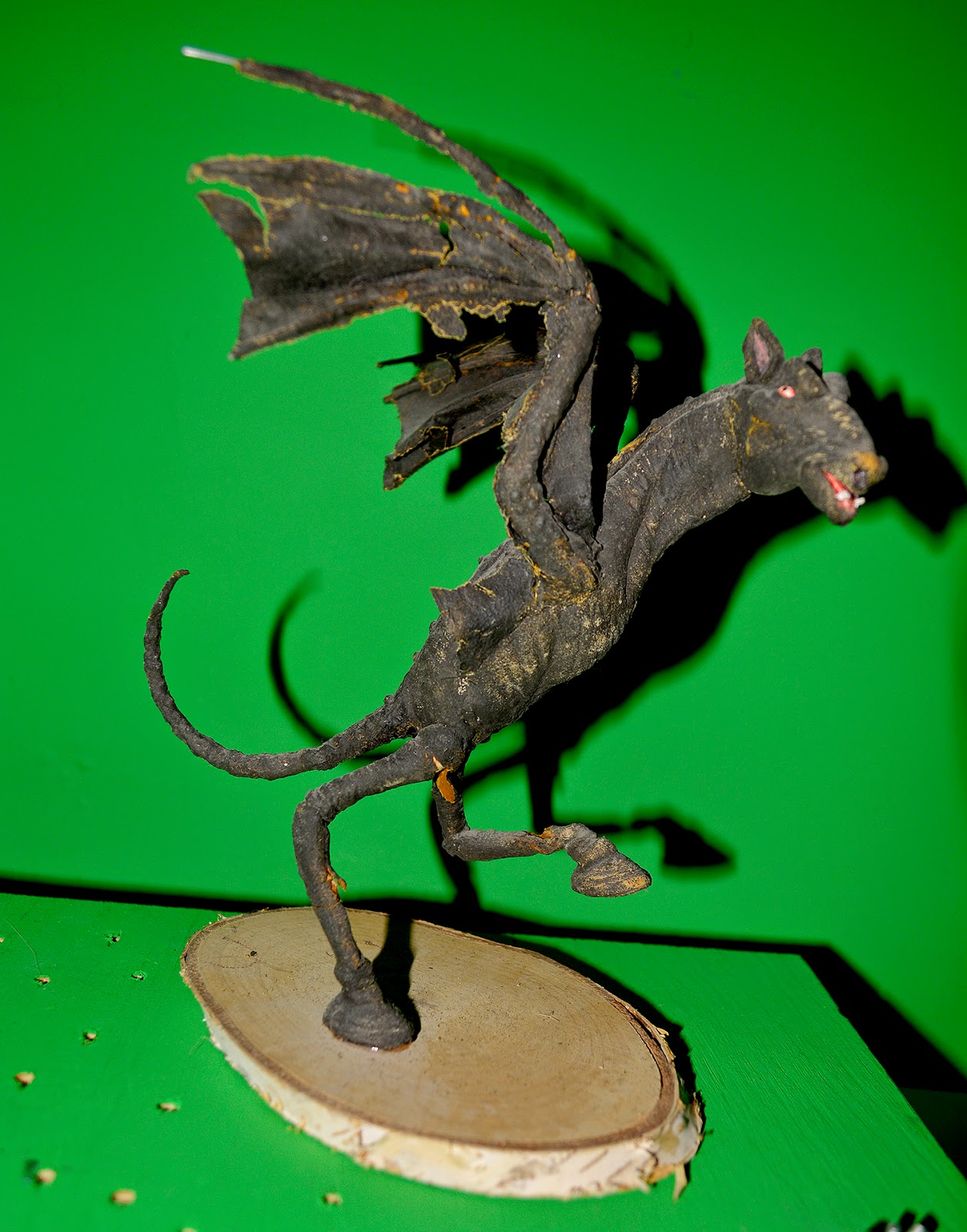 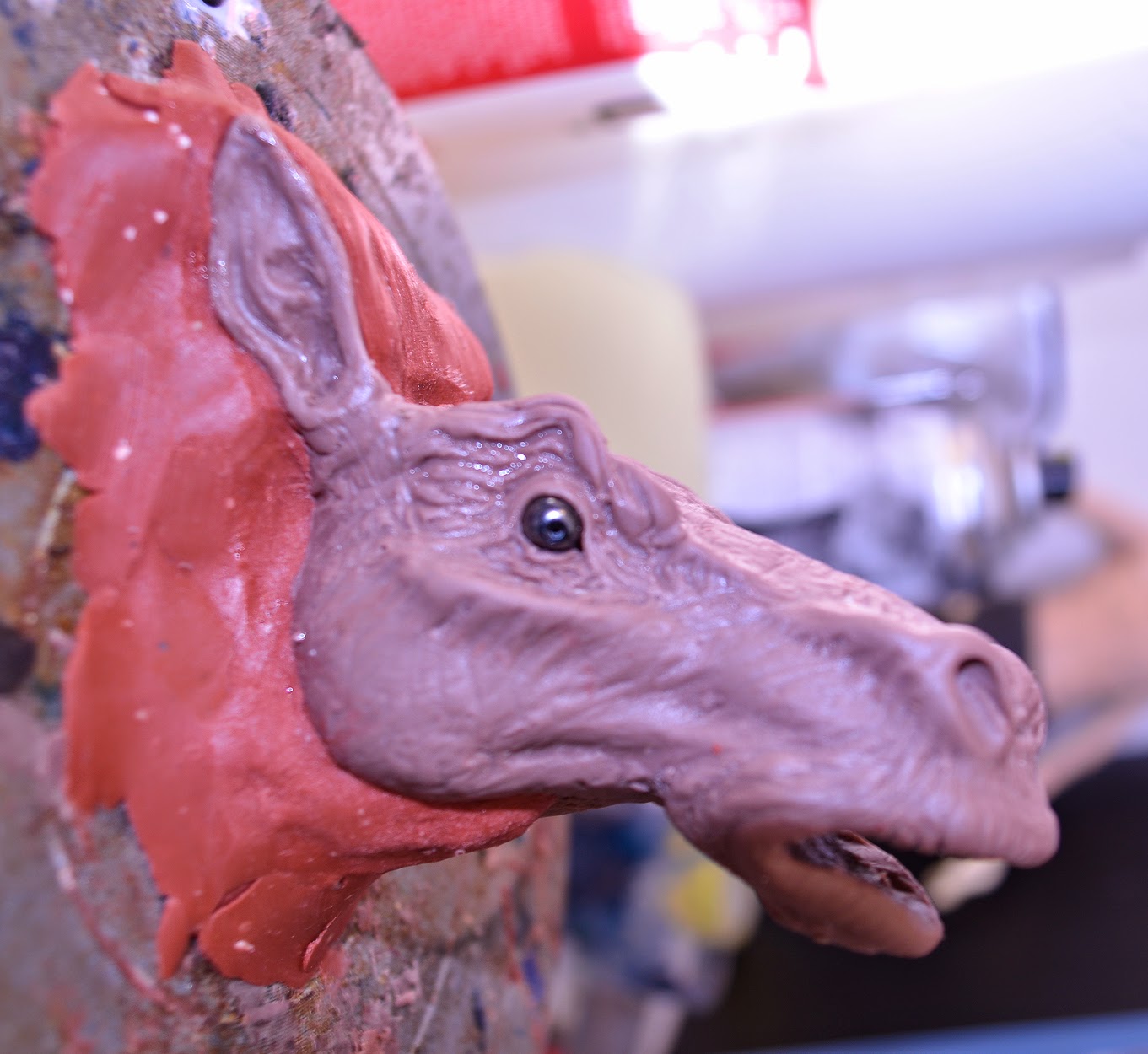 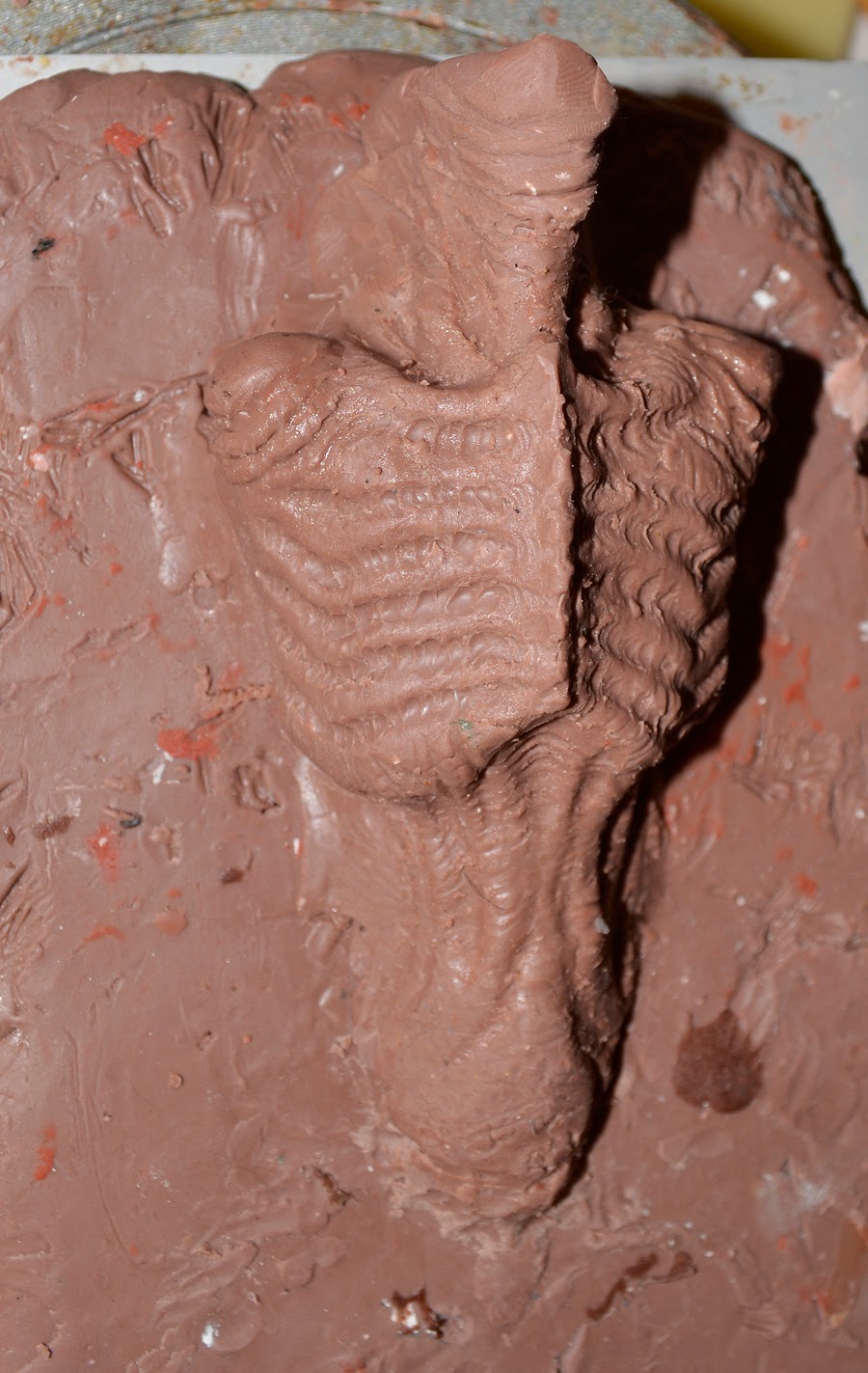 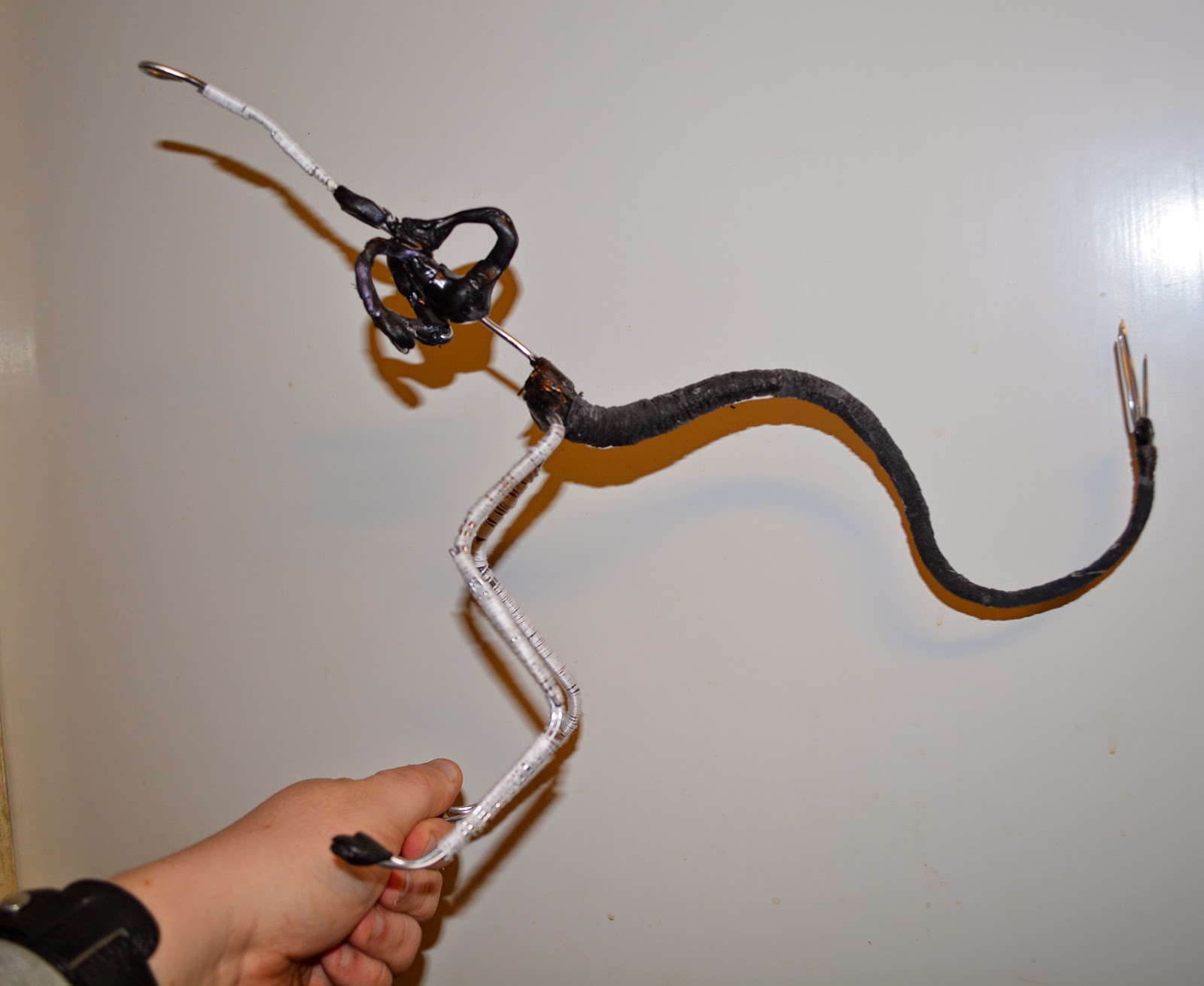 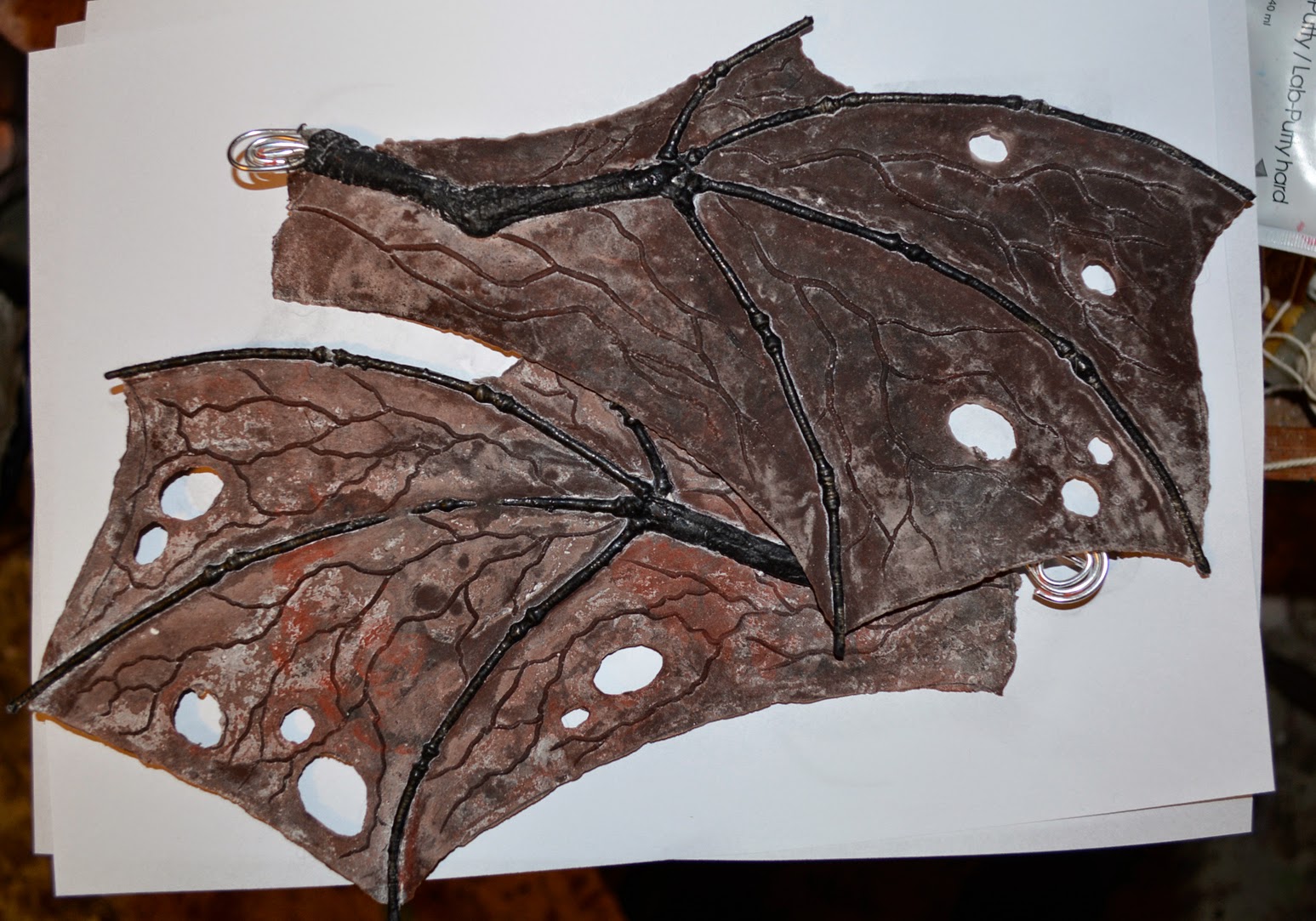 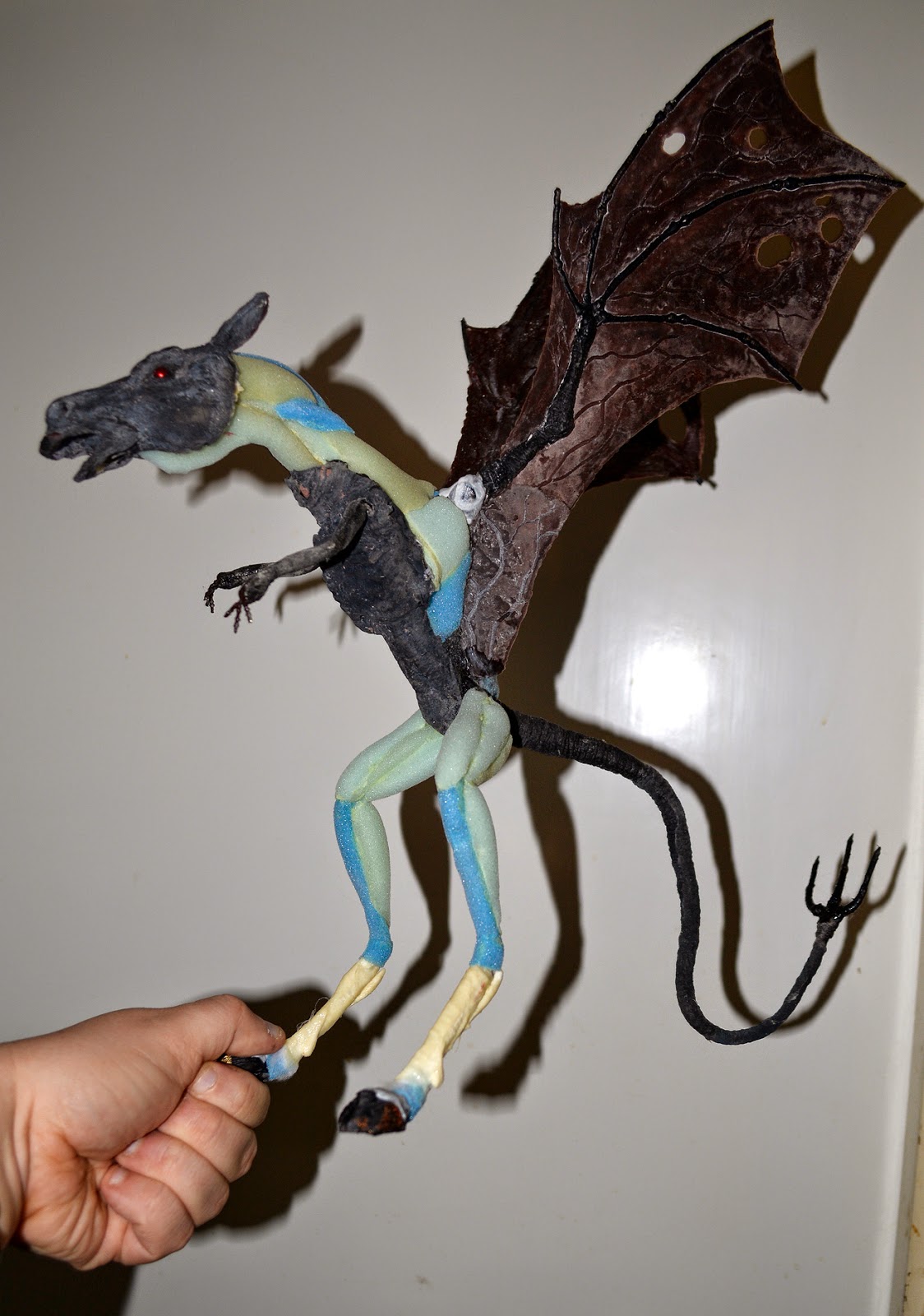 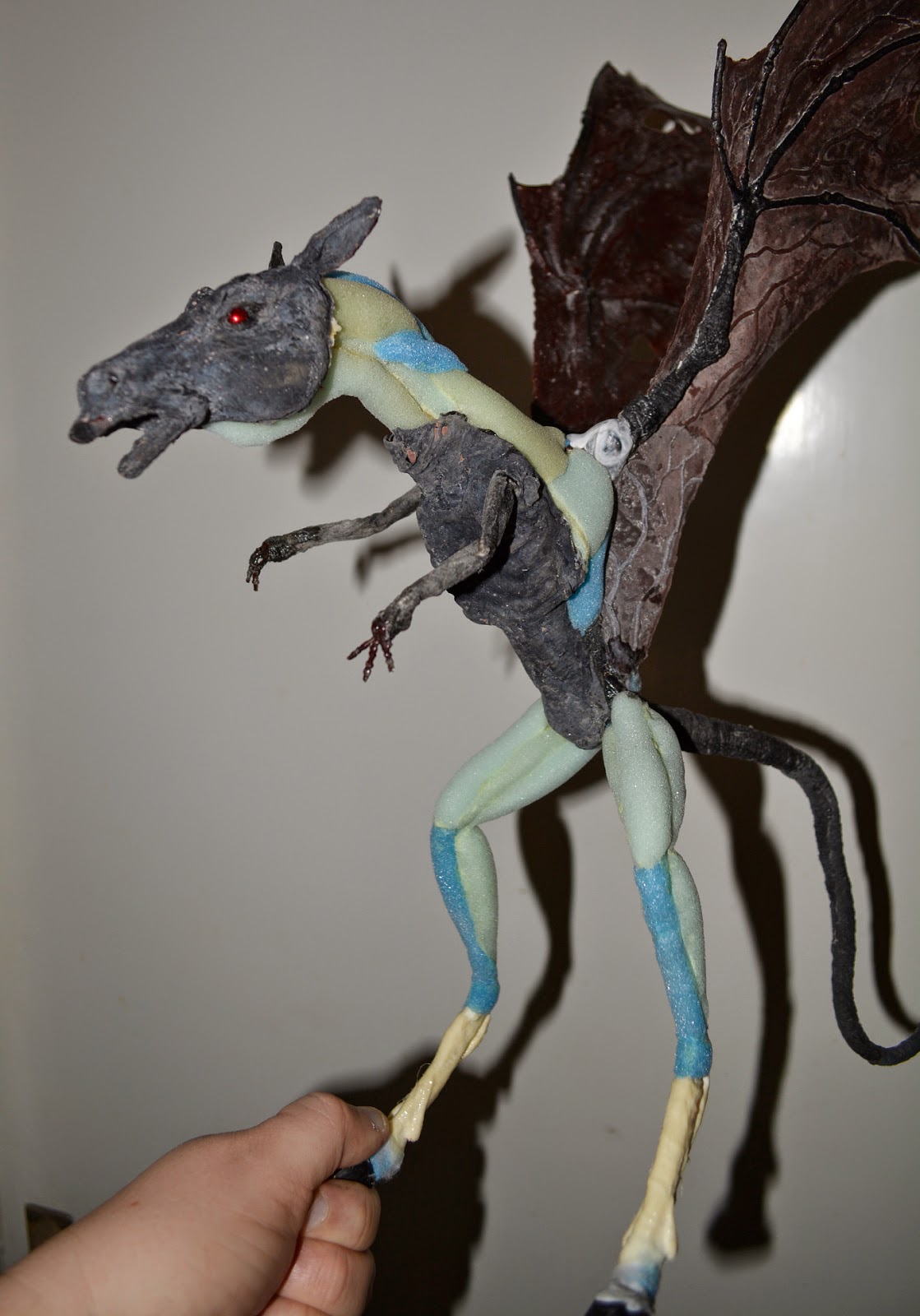 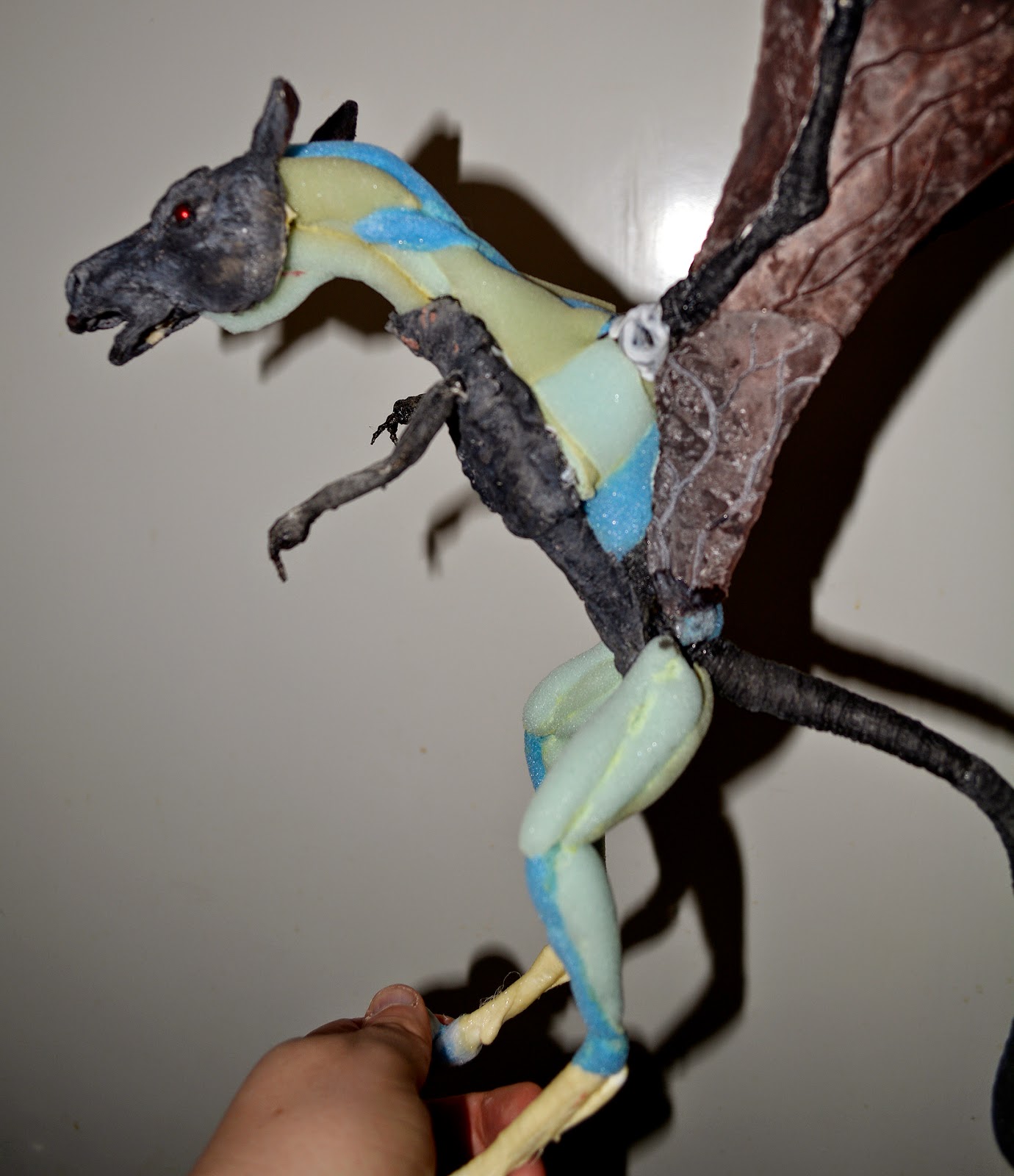 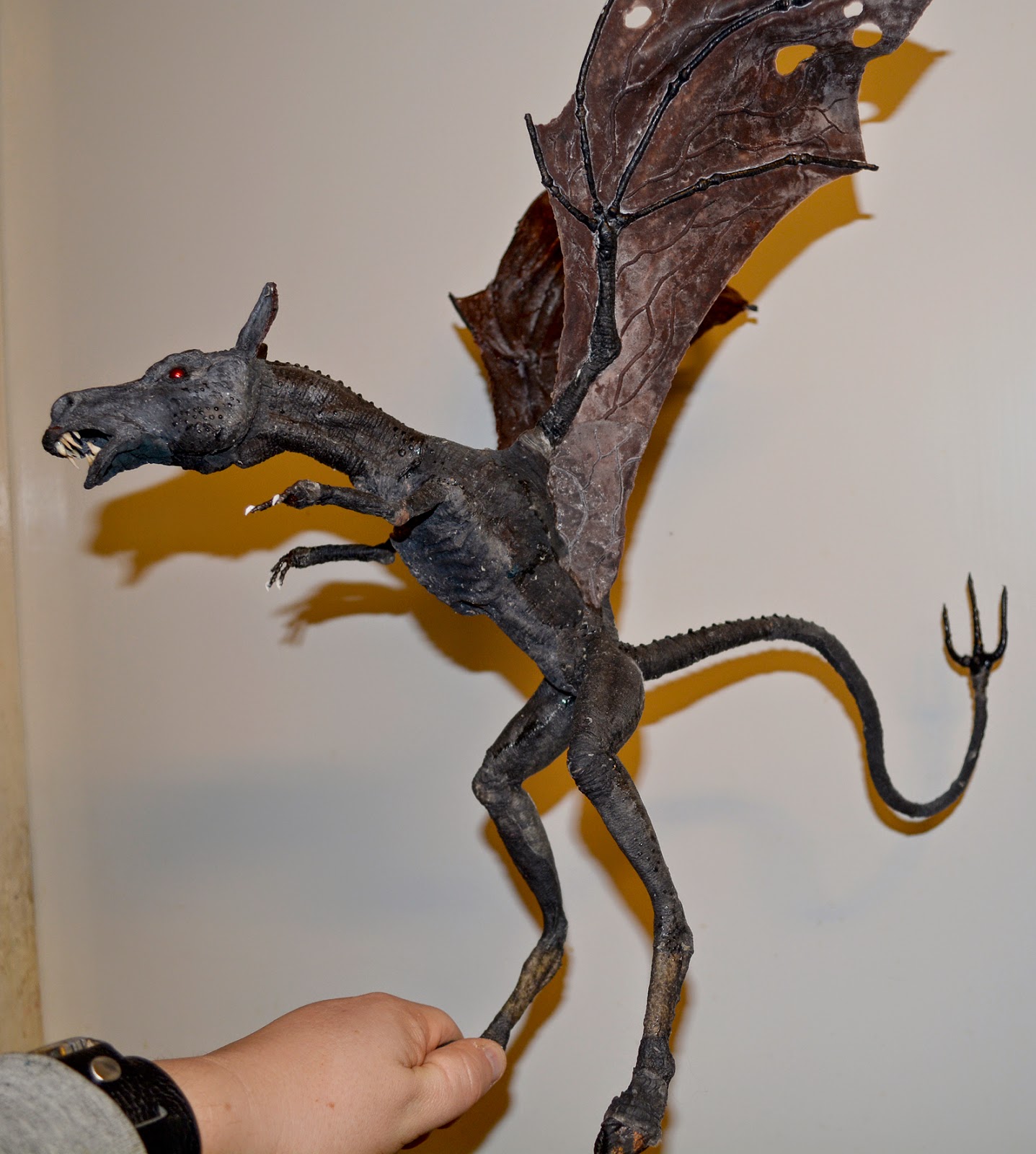 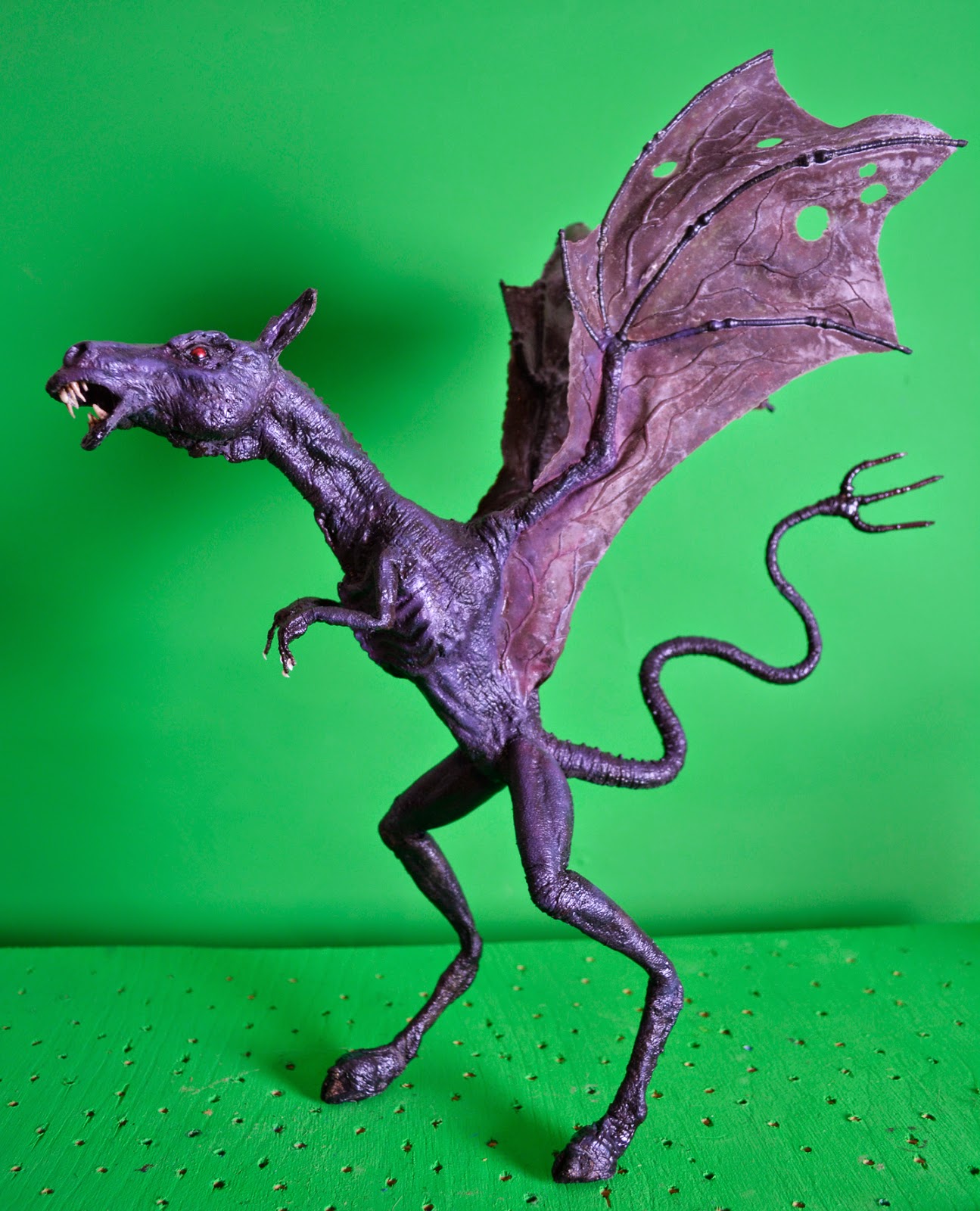 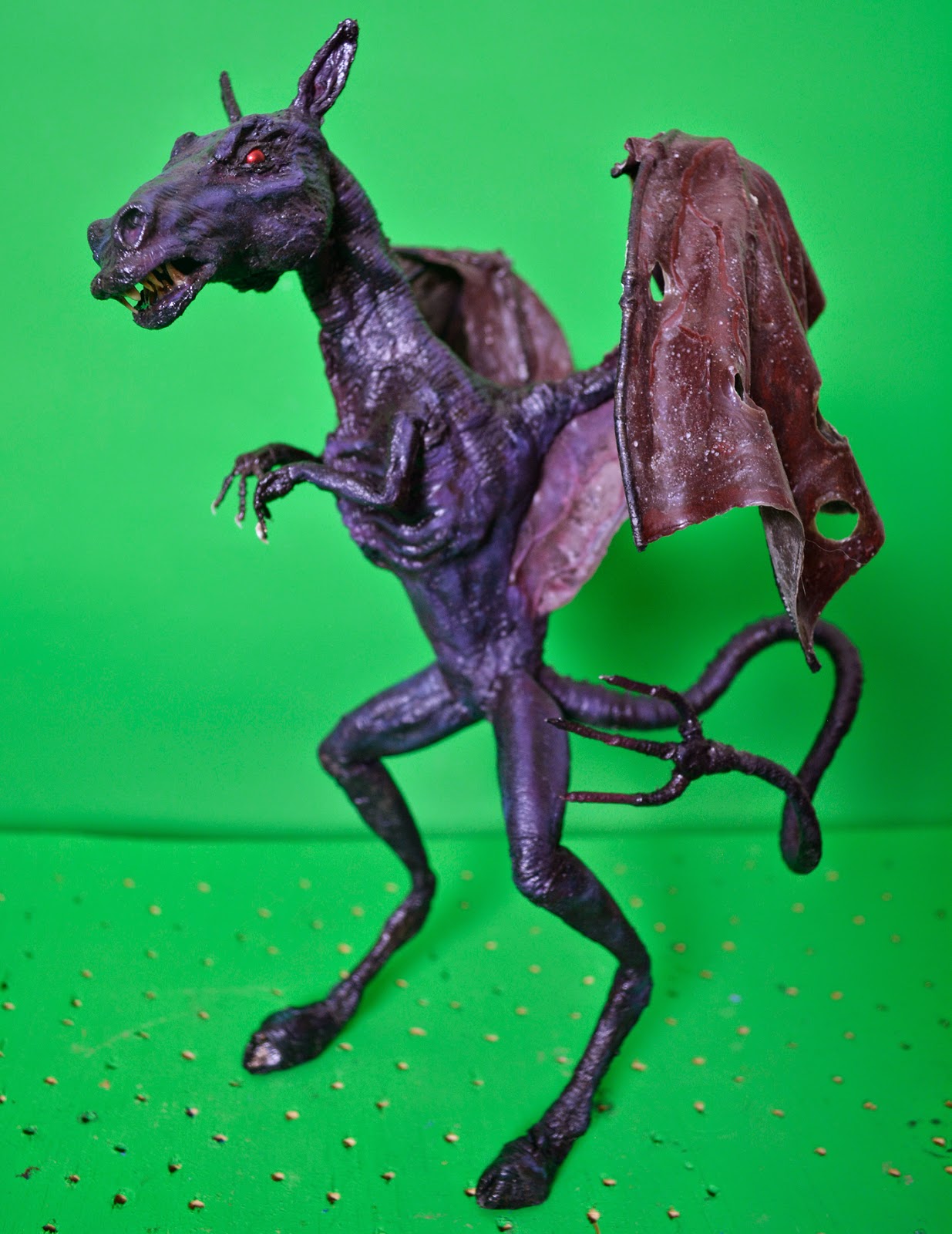 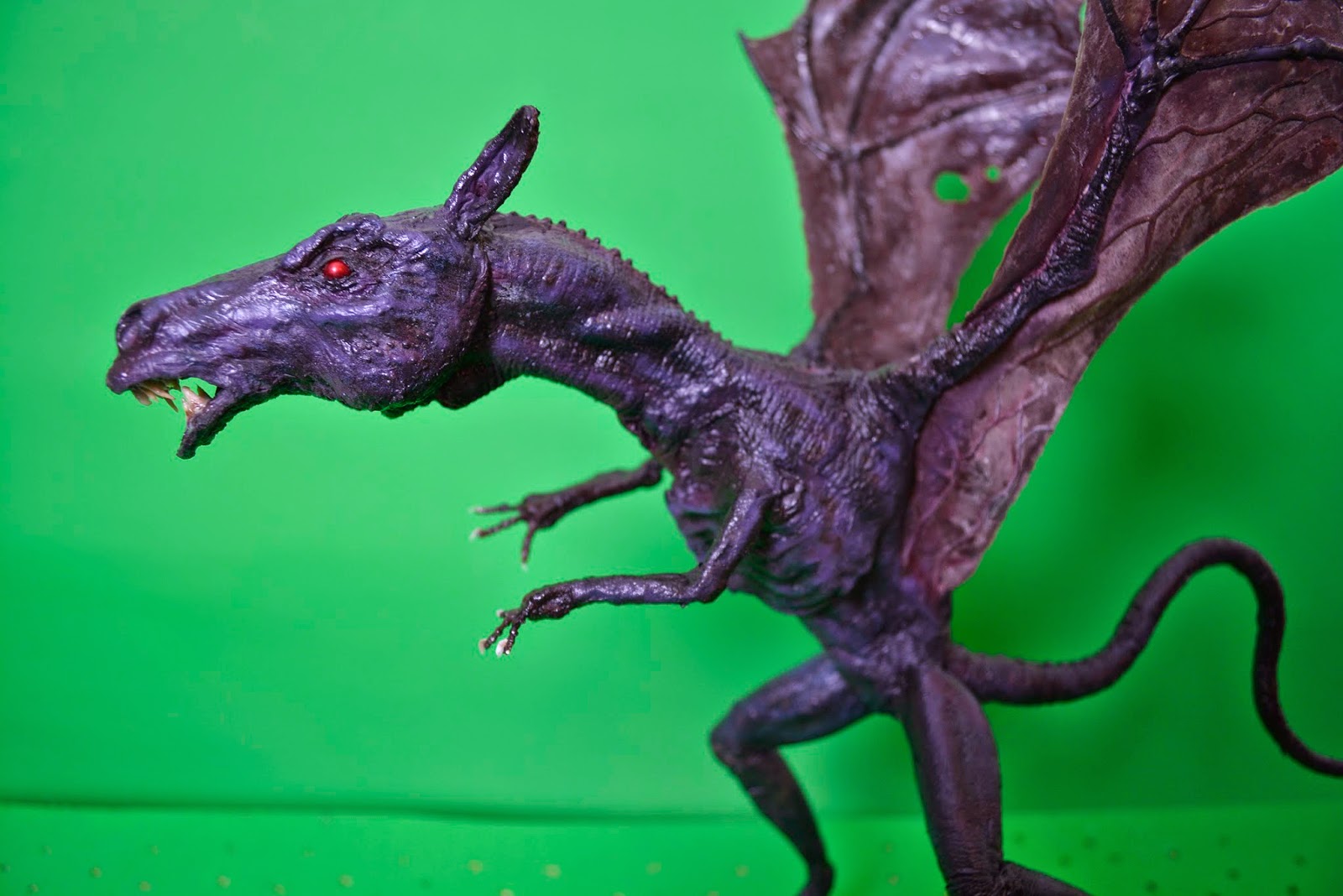 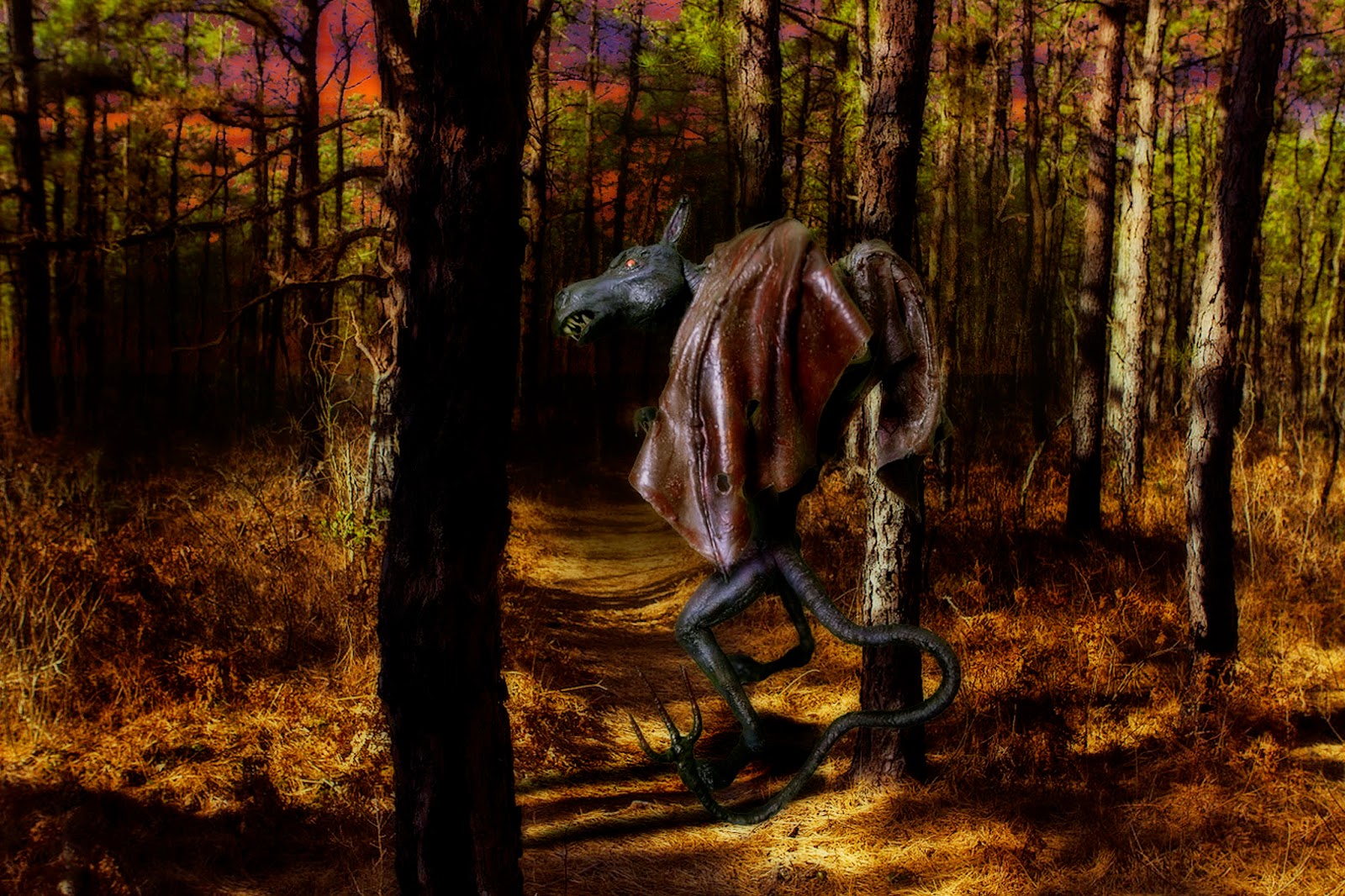 Time to step out into the woods and find the proper places where you might expect to meet a devil. I won't be visiting the real Pine Barrens, but I have a swampy pine wood area just a stone's throw from where I live. And who'll be in the film is yet to be seen. I'll be calling on some of my friends that don't mind being chased by imaginary monsters through the woods.
Posted by Richard Svensson at 1:35 PM

Hey Richard! Chris (reddalek555) here! Awesome work as always, I remember seeing the face of that older puppet on your Facebook page, was very curious to see the whole thing. It looks awesome regardless for its age. Nice to see it's more or less in one piece ;)
Interesting to contrast the skills and experience you've gained since the 90s.
Would greatly love to see you tackle some more Cryptids out there. Especially Mothman or Flatwoods Monster. And maybe even do a similar video to you're great Lovecraft Alphabet but with these cryptic creatures.
I would tackle such a project myself but I dont believe I could do it as much justice ;)
Best wishes! Keep it up!

Great project! Jersey Devil is a huge part of USA Cryptid culture. Though likely just a legend brought on by capitalists, hoaxers, and paranoia, there have been countless theories about it. My personal favorite is that modern sightings are a colony of imported hammerhead bats, who have an unmistakeable resemblance to the devil, and also kill and eat chickens.

Reddalek's idea of a Cryptid alphabet would be awesome! I have always had a soft spot for these creatures, and you could do them justice!

Also, Atomic's up on my blog. Thank you for the feedback, Richard. More finished projects will definitely be posted.

Thank you both of you! Yes, that cryptid alphabet is a great idea. I would take me an awfully long time to build all those puppets, though!
I've heard about the hammerhead bat theory as well, and those critters sure have an uncanny resemblance to the Jersey Devil!

I defiantly agree with your assessment of calling it one of your best puppets- it looks like something straight out of a scary campfire story! I cannot wait for the final film to see it in bloodcurdling action.

Thanks! It'll best mostly humorous action, probably, but with a creepy ambience, hopefully.

The puppet looks great! I've been a fan of the Jersey Devil legends for a long time. Another good creature to do is the Moth Man from Point Pleasant WV.

Thanks, Ken! Yeah, a lot of people bring up the Moth Man. I actually have a model of the Cornish Owl Man, but it's so old I can't animate it anymore.

A Mothman would be cool, considering the mythology John Keel built around it. For my first silent film project, I actually used an old MOTHMAN costume my mom made for Halloween. It was very clunky, but it was put to good use.

Richard, ARARANKHA is being posted on my blog. The chapters are being posted. I'd like to hear you opinion on it.