So, what new film projects from the Loneanimator studio? Right now I'm struggling to finish a short video project before Christmas, which means I have only a week to go. This is yet another H P Lovecraft interpretation, namely my filmed version of his poem "Nightgaunts" from his sonnet cycle "Fungi From Yuggoth". 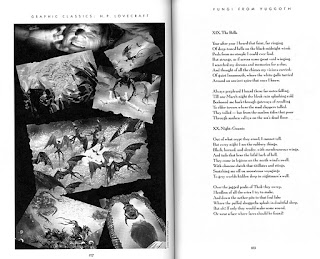 My main reason for doing this is because I found what I think is a very good recital of the text, done by John Hutch on YouTube. I got his permission to use the audio from his video, and recruited my long-suffering Lovecraftian victim Jimmy Bäckström to writhe about and balance on a stool in front of a green screen to appear to be carried off by the nasty nightgaunts. 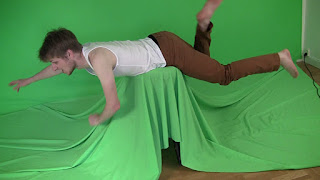 Oh, the joys of amateur filmmaking.
The monsters in themselves are gargoyle-like flying creatures without any face or voice. They have oily black skin and barbed tails, with which they torment their victims by tickling them. I know.. It's Lovecraft's odd phobias wrapped up as monsters, again. 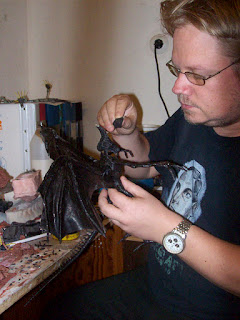 I made only one nightgaunt puppet, but with three slightly different interchangeable heads. Nobody will probably notice the difference between them, but it's still there. 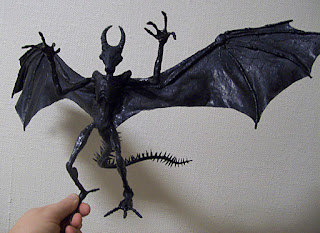 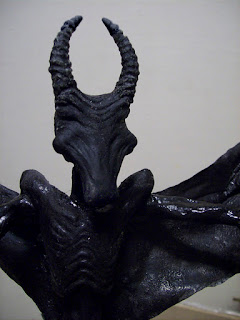 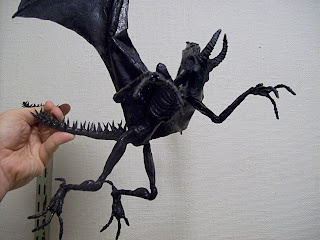 To make the puppet fly I built a primitive, but sufficient, flying rig attatched to the puppet's back via a screw. When the nightgaunts walk around on the ground, which they will in a brief clip, they won't need the rig, just the threaded holes in their feet for attaching them to my animation stage. 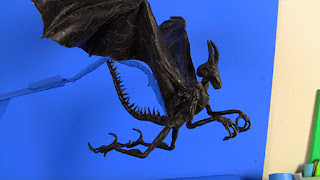 So far the results are not looking too shabby. I got some great tips from Peter Andrew Montgomery Scott to improve my keying techniques, as well as adding better motion blur. I'd better stop blogging and start animating now! 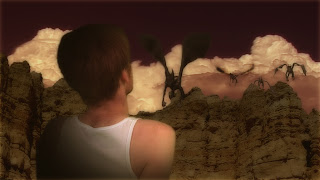 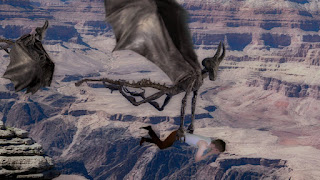 Posted by Richard Svensson at 11:06 AM

Looks like a pretty cool project, can't wait to see it finished.
Jeff